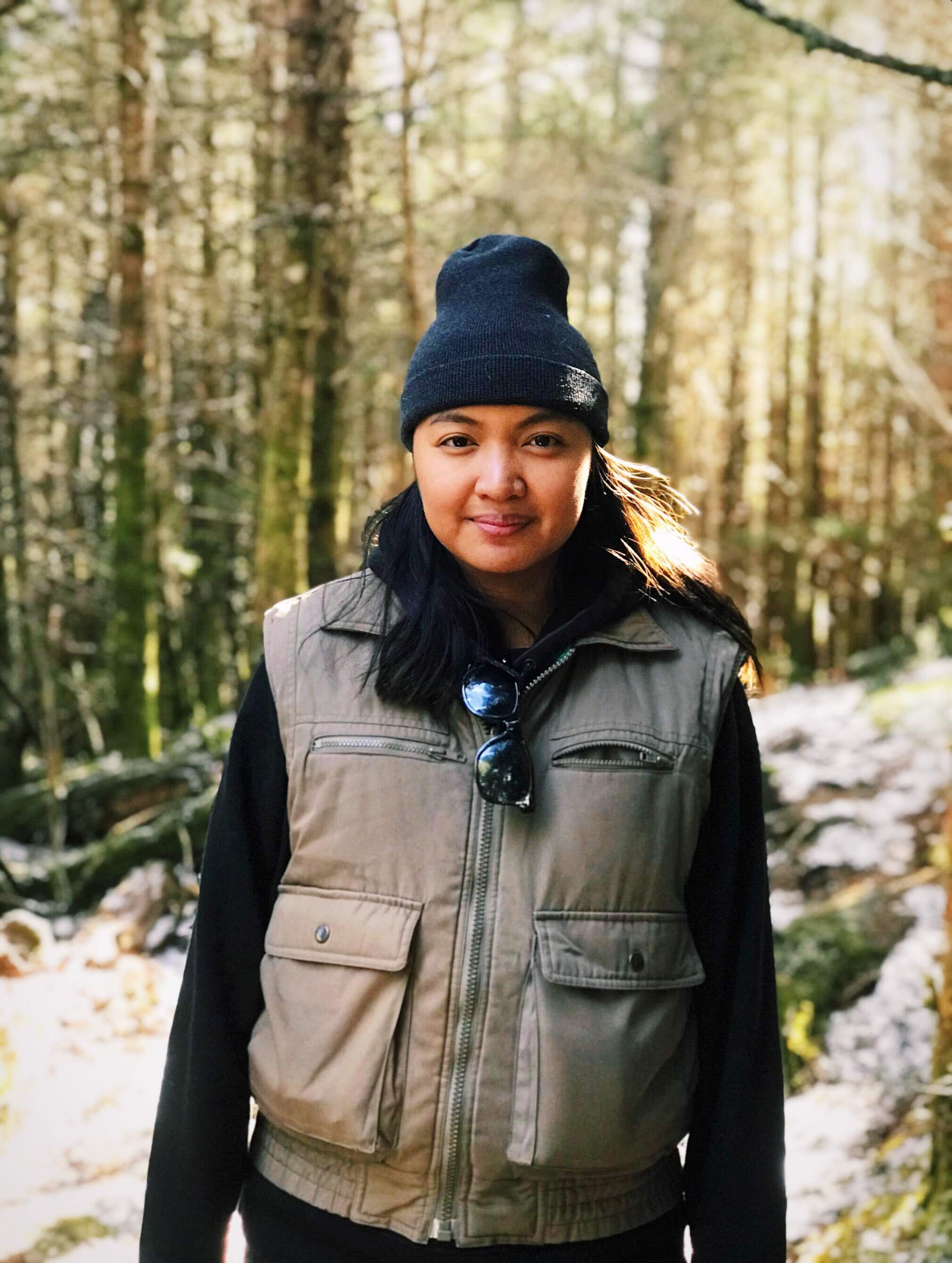 10 Music Venues in Philadelphia That Anchor Their Neighborhoods

Music may not be the first thing that comes to mind when someone thinks of Philadelphia. Yet true Philadelphians know that the city has long been home to a vibrant and impressive music scene, with plenty of musicians calling the city home, from Chubby Checker to John Coltrane to the Roots.

Philly is also home to dozens of venues big and small where you can catch live music of every genre every day of the week. While this is by no means a complete list, consider this a helpful primer to the must-visit music venues in Philadelphia. 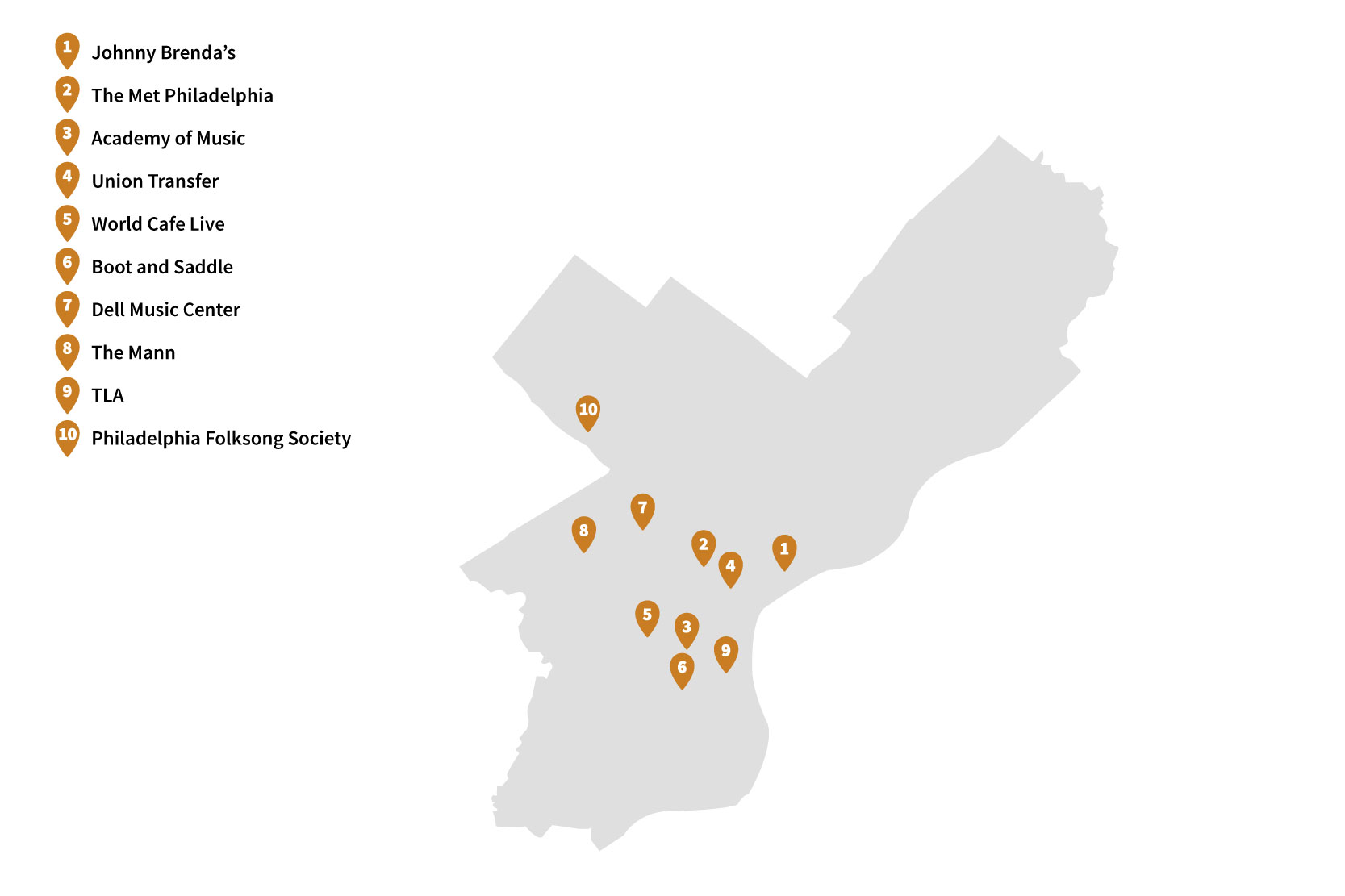 One might recognize this neighborhood staple for its 15 minutes of fame in the movie “Creed.” But Johnny Brenda’s was famous long before Michael B. Jordan stepped foot inside.

The divey music venue is the beating heart of Fishtown; its neon sign blares almost as loud as the music pulsing inside its walls. While folks flock here for the thriving indie music scene, the good selection of local drafts and food doesn’t hurt, either. (Other good picks for Fishtown? The Fillmore and Kung fu Necktie.)

For the better half of the century, the Philadelphia Metropolitan Opera House has been closed to the public. But when it was built in 1908 by Oscar Hammerstein I, the grandfather of Oscar Hammerstein II, it was the largest theater of its kind in the world.

Now, after years of renovations, the Met has reopened as a historic music venue, drawing big-name acts such as Madonna, John Legend, and Bob Dylan, breathing life back into the stunning venue in Francisville.

The Academy of Music at the Kimmel Center is impressive—and not just for its jaw-droppingly gorgeous interiors. Since opening in 1857, it is now the oldest running opera in the country, earning its title as the Grand Old Lady of Locust Street.

Along with Opera Philadelphia, the Academy of Music is home to a long list of resident companies, including the Philadelphia Orchestra, the Pennsylvania Ballet, and more. This esteemed music venue anchors the many cultural institutions that line the Avenue of the Arts on South Broad Street.

Step inside Union Transfer in Philly’s Spring Garden neighborhood and it’s immediately apparent that this place is special. Dramatic chandeliers and stained glass windows harken back to the space’s former history as a railroad station.

Though it feels intimate, the space features four bars and multiple levels, which means there’s no bad vantage spot in this venue.

World Cafe Live is home to Philly’s local music station WXPN and draws more than 500 shows each year to its home in a renovated Art Deco factory building. World Cafe Live offers a little bit of everything for its loyal music fans; there’s a venue for smaller acts on the main level as well as a larger, three-tiered music hall down below with a bar.

This once shuttered country-western bar on South Broad Street was brought back to life in 2013 as a bar in the front and a music venue in the back. Boot and Saddle is now a popular watering hole for locals who can enjoy a brew or two before heading to the back of the bar to catch a show in an intimate, standing-only room.

The Dell Music Center (“The Dell”) is one of the few outdoor venues in Philadelphia and happens to be located in the city’s largest greenspace, Fairmount Park. Before any given concert, folks flock to the park with barbecue grills and lawn chairs in tow before enjoying live music at the Dell, whether it’s jazz, soul, rock, or classical.

One of the largest nonprofit outdoor venues in the country is located in Fairmount Park, just on the edge of the Parkside neighborhood in West Philly. Since 1935, the Mann Center has brought world-class performing artists to its stage, attracting thousands of attendees to its open-air venue and grassy lawn. Even more, the Mann Center offers breathtaking views of the Philly skyline.

The Theater of Living Arts, more affectionately known as the TLA, is a small, unassuming music venue located on one of the most vibrant corridors in Philly: South Street.

The TLA originally served as a movie house, showing art house films like “Rocky Horror Picture Show.” Today, it brings in small- and big-name acts to its stage every night of the week. Thanks to its location, the party keeps going on South Street even after the show wraps up.

Blink and you might miss this charming and cozy music venue in Roxborough. Tucked in among the busy retail corridor Ridge Avenue, the Philadelphia Folksong Society offers a one-room venue that hosts incredibly intimate acoustic acts throughout the entire week. Also fun tip: The venue is BYOB.

//static.neighborhoods.com/blog/media/academy_of_music-_philadelphia_hero-c4bda40713c83fb9fd39545eb83f56fc.jpg500px1400pxblock party
Back to Homepage