Just because you currently have a family or you’re planning on having one doesn’t mean you’re destined for the suburbs—at least, not in Atlanta. While there are plenty of tame, family-friendly suburbs surrounding the city, there are also many in-town and slightly-not-so in-town Atlanta neighborhoods ideal for those who don’t want to give up the city life but still want the best for their little ones.

With family-oriented communities and activities, great school options, and day-to-day conveniences—plus plenty of things to keep the adults entertained—these are some of the best neighborhoods in Atlanta that will keep both kids and parents happy. 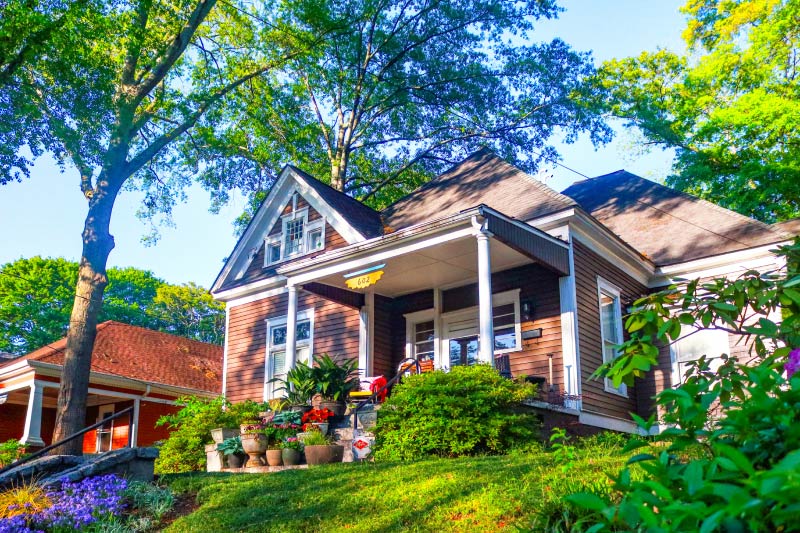 Located in eastern Atlanta, Grant Park is a charming neighborhood with cute bungalows and cottages adorned with their very own signature address signs. This neighborhood is very friendly with a strong sense of community.

Grant Park itself is Atlanta’s oldest park, and it’s a great source of greenspace and outdoor activities, including arguably the best local farmers market on Sundays as well as the Atlanta Zoo. Every August, residents look forward to the Summer Shade Festival in Grant Park which features live music, an art market, food tents, kids activities, a 5k run, and more.

The Beacon is a new retail area located just off of the newly opened Eastside Trail of the BeltLine; it includes local restaurants, a football-bowling hybrid bar, fitness studios, an artist workspace and gallery, a music school, and a brewery as well as plenty of shops. Other neighborhood restaurant favorites include Tin Lizzy’s Cantina, Six Feet Under Pub & Fish House, and Grindhouse Killer Burgers.

Grant Park has become more expensive over the years, but it’s still much more affordable than neighborhoods like Inman Park, Ansley Park, Midtown, and Buckhead. The median home price here is $400,000, according to Neighborhoods.com data. 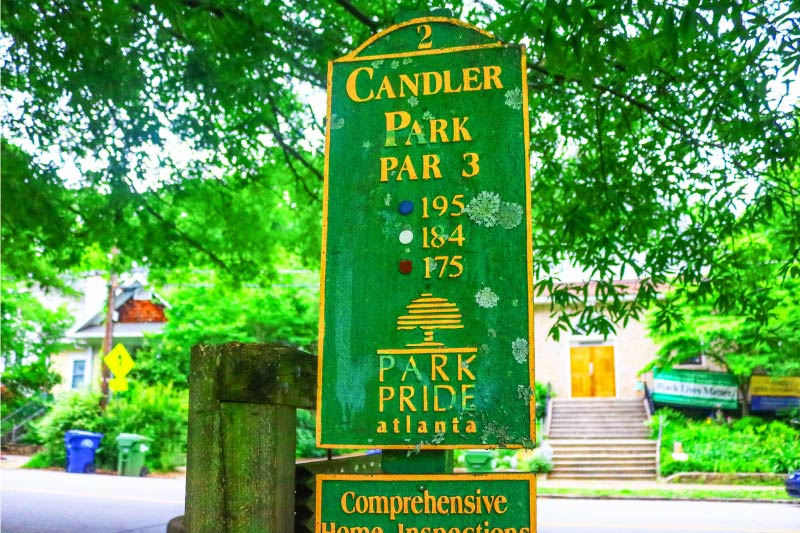 Candler Park has the look and feel of somewhere you’d want to grow up. This mostly residential neighborhood charms residents with its tree-lined streets, adorable houses, and high walkability with plenty of shops, restaurants, and cafes sprinkled throughout.

Candler Park itself is a peaceful neighborhood oasis with pavilions and playgrounds that beckon kids and families outdoors. In the spring and summer, the park hosts an outdoor movie series and the Candler Park Music Festival during the first weekend of June—both prime opportunities for fun family outings.

Druid Hills, like a lot of other enchanting neighborhoods in Atlanta, is full of large trees whose branches cascade over many little winding streets. It’s a lovely residential area with grand houses and mansions in the Tudor and Italian Renaissance style. Residents enjoy tending to their beautiful gardens as well as walking and jogging through the neighborhood.

Another highlight of Druid Hills is its location near many employment centers and things to do. The neighborhood is home to Emory University and Emory Hospital, the Emory Village commercial center, the Centers for Disease Control (CDC) headquarters, Callanwolde Fine Arts Center, and the kid-popular Fernbank Museum. 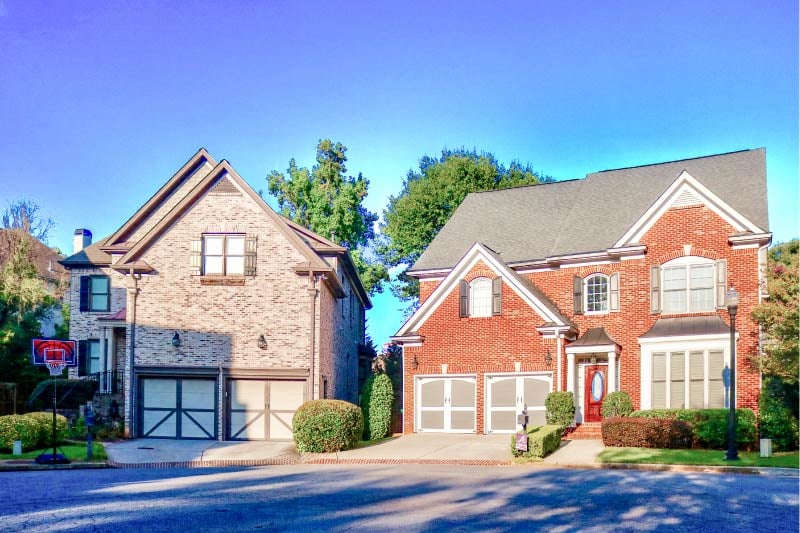 Decatur is its own little city with its own government, but it’s still inside the perimeter of Interstate 285 (or ITP as locals say) that outlines Atlanta, so it’s still very much considered a part of the city.

Almost everywhere you look in Decatur, you’ll find hip families with young kids alongside longtime neighborhood residents—Decatur is a place where you can lay down roots. This community has its own school district with some of the best public schools in the state, consistently ranking as one of the top 10 districts in the state for SAT performance.

In addition to the quality schools and its general loveliness, Decatur has fantastic restaurants, coffee shops, shopping, parks, annual festivals, and even MARTA access,  making it a place that truly the whole family will love. Some of the excellent family-friendly restaurants include Farm Burger, Chai Pani, and Victory Sandwich Bar. Some of Atlanta’s best restaurants more partial to adults are also in Decatur, like Kimball House, Leon’s Full Service, and White Bull.