Walt Disney World Resort in Orlando, Florida offers so much fun and excitement that visitors often like to return again and again. Rather than trying to take in the whole resort at once, it’s nice to be able to take your time and fully explore each magical section.

For die-hard Disney World fans, there’s no better way to experience the world of Disney than by living mere minutes from the "happiest place on Earth." Not only do you get all the benefits of homeownership near one of the world’s most famous entertainment destinations, but you can also embrace the joy of living the central Florida lifestyle.

Here are four great neighborhoods to call home if you want to be a short drive from the world’s most popular amusement park. 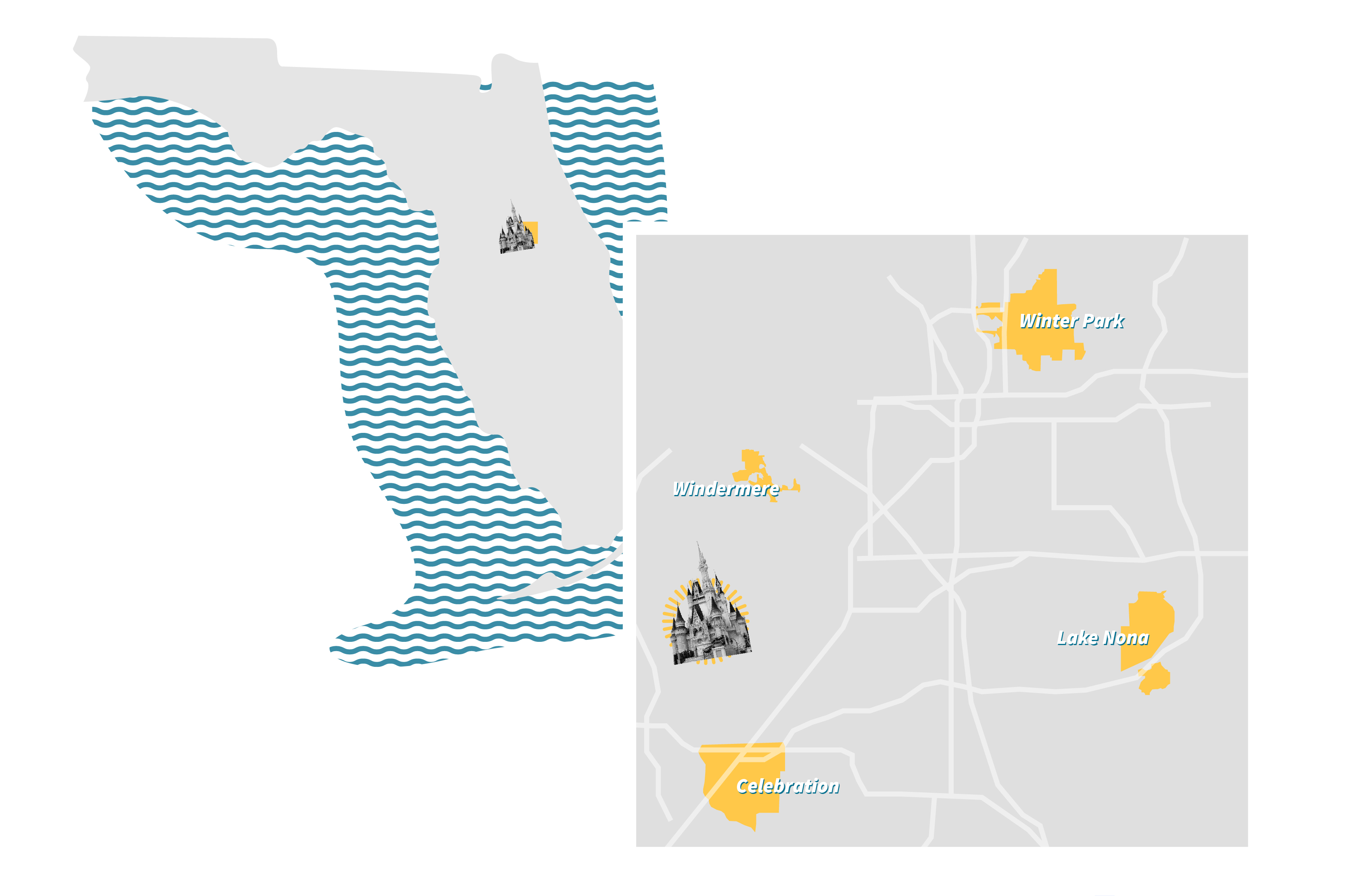 Celebration is a planned community with a population of just under 8,000, according to the 2010 census. Since Disney began development of this community in 1994, Celebration has been consistently named one of the best places to live near Disney World.

The highly walkable downtown area is filled with shops, restaurants, and venues with live entertainment on a nightly basis. The town bills itself as a resort-style living community known for clean streets, friendly residents, and active lifestyles. Best of all, Celebration is just an eleven-minute drive from the entrance to Disney Hollywood Studios.

Winter Park is about a 45-minute drive away from the entrance to Disney Springs, but it’s worth considering for several reasons. This beautiful neighborhood offers Old World charm with many homes dating back to the late 19th century, when the community was founded.

The older parts of town have winding cobblestone streets with a cooling canopy of oak and camphor trees adorned with live Spanish moss. With a population of about 28,000 according to the 2010 census, Winter Park has a small-town feel. The community houses a private liberal arts college, eleven outdoor parks, and a lake. Residents enjoy boating, kayaking, shopping, and attending the town’s annual arts festival, The Winter Park Sidewalk Art Festival.

The sleepy town of Windermere is about a 25-minute drive from the entrance to Magic Kingdom, giving some residents a nice view of the park's nightly fireworks display. The community is also nestled between a collection of lakes, providing ample greenspace and picturesque lakeside living.

Many of the homes in Windermere—as is the case for many new construction homes in the area—are one-floor ranch style. With a small population that hovers around 2,500, the neighborhood offers a decidedly non-touristy feel, a rarity in this part of the state, and residents are happy to enjoy Florida life without many of the noises and distractions of big-city life. 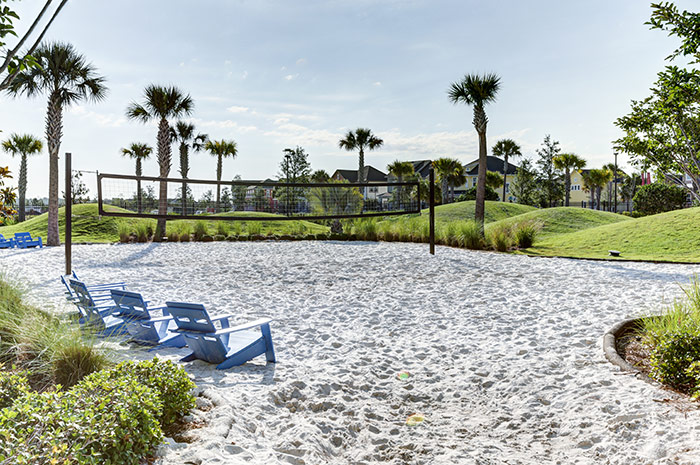 Committed to sustainable design and healthy living, Lake Nona is a master-planned community with ample greenspace, 44 miles of trails, a thriving town center, and attractive entertainment venues. Featuring Mediterranean and contemporary homes styles, Lake Nona has a median sale price in the high $300s, according to Neighborhoods.com data. The neighborhood also offers resort-style amenities including a fitness center, community garden, and aquatics center.

For an even bigger entertainment option, a 30-minute drive will take you to the entrance of Disney's Typhoon Lagoon Water Park. After a long day on your feet hopping from one ride to the next, you'll only be a half hour away from your own "happiest place on Earth."