Can The Cannery In Davis use farm-to-table living to help the housing market grow?

It’s no secret that the Bay Area has seen a significant housing crunch in recent years, fueled by low supply and high demand. Costs of buying or renting a home are so high (a median-priced Bay Area home is $895,000) that they’re even driving away workers in the surging tech industry, the sector that has largely contributed to the housing crisis thanks to the Silicon Valley boom.

For many, the prospect of moving out of Silicon Valley is a welcome thought. Living further away from the peninsula means being able to afford larger homes at far lower prices than what residents would pay in cities like San Francisco, Palo Alto, and San Jose. There’s also dependable public transportation that can shuttle people into the major cities, offering a greener option for eco-minded residents and an escape from notoriously long rush-hour commutes. Developers are capitalizing on this increasingly widespread interest.

The Farm Next Door (Literally) 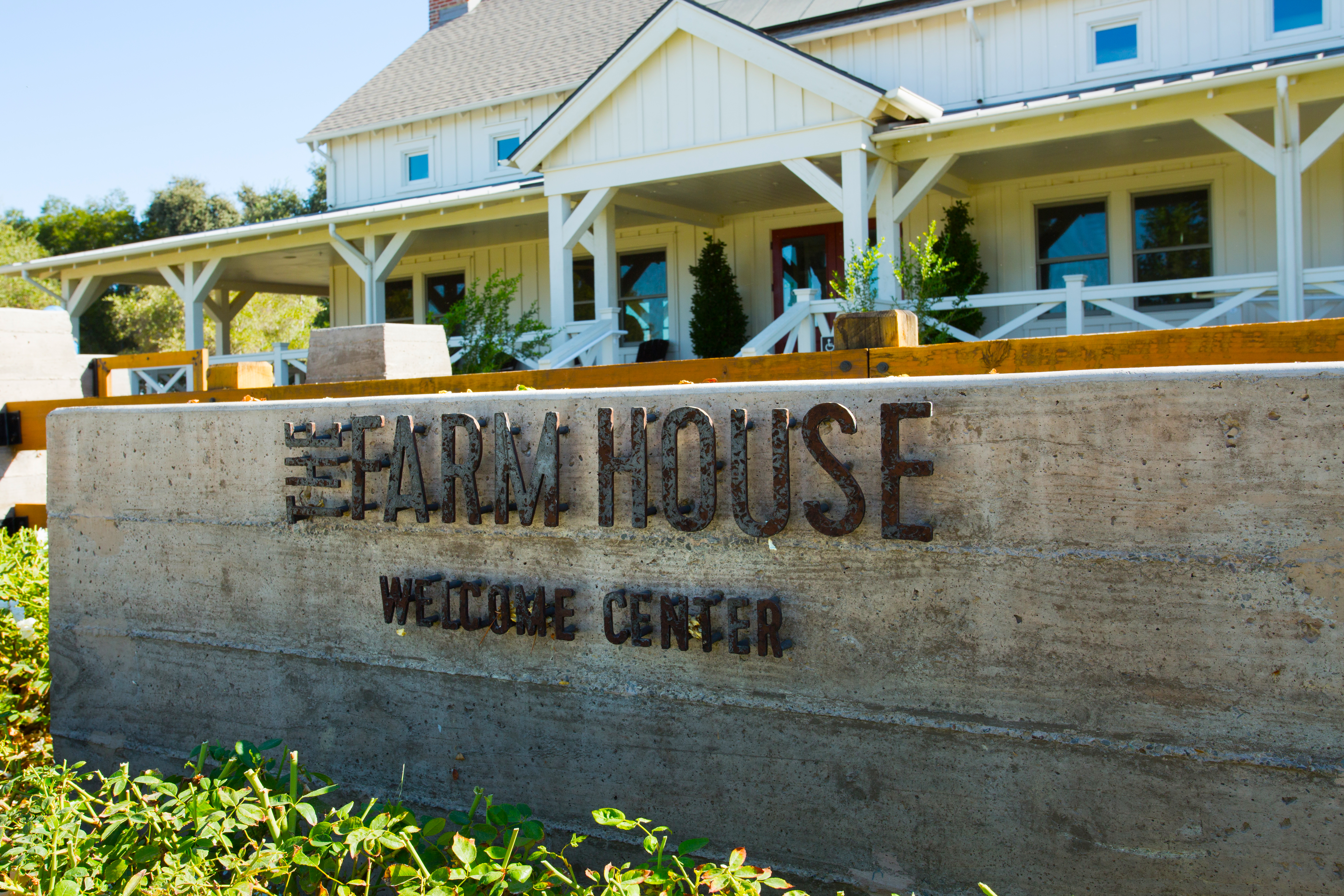 One community that is attracting residents from around the Bay Area is The Cannery in Davis. Developed by the New Home Company, the master-planned community emphasizes sustainable, farm-to-fork living in a communal atmosphere, offering an urban farm, walking trails, and solar panels on all homes. According to Kevin Carson, the Northern California president of the New Home Company, the farm-to-table aspect is deeply embedded in all aspects of the community.

“The urban farm is, first of all, an open space, so when you drive into the community, you drive by the crops or the fields,” said Carson. “In the fall, it’s pumpkins and squash. In the summer, it’s tomatoes.”

The benefit of an urban farm goes beyond having access to fresh produce, according to Catherine Brinkley, Assistant Professor of community and regional development at UC Davis. 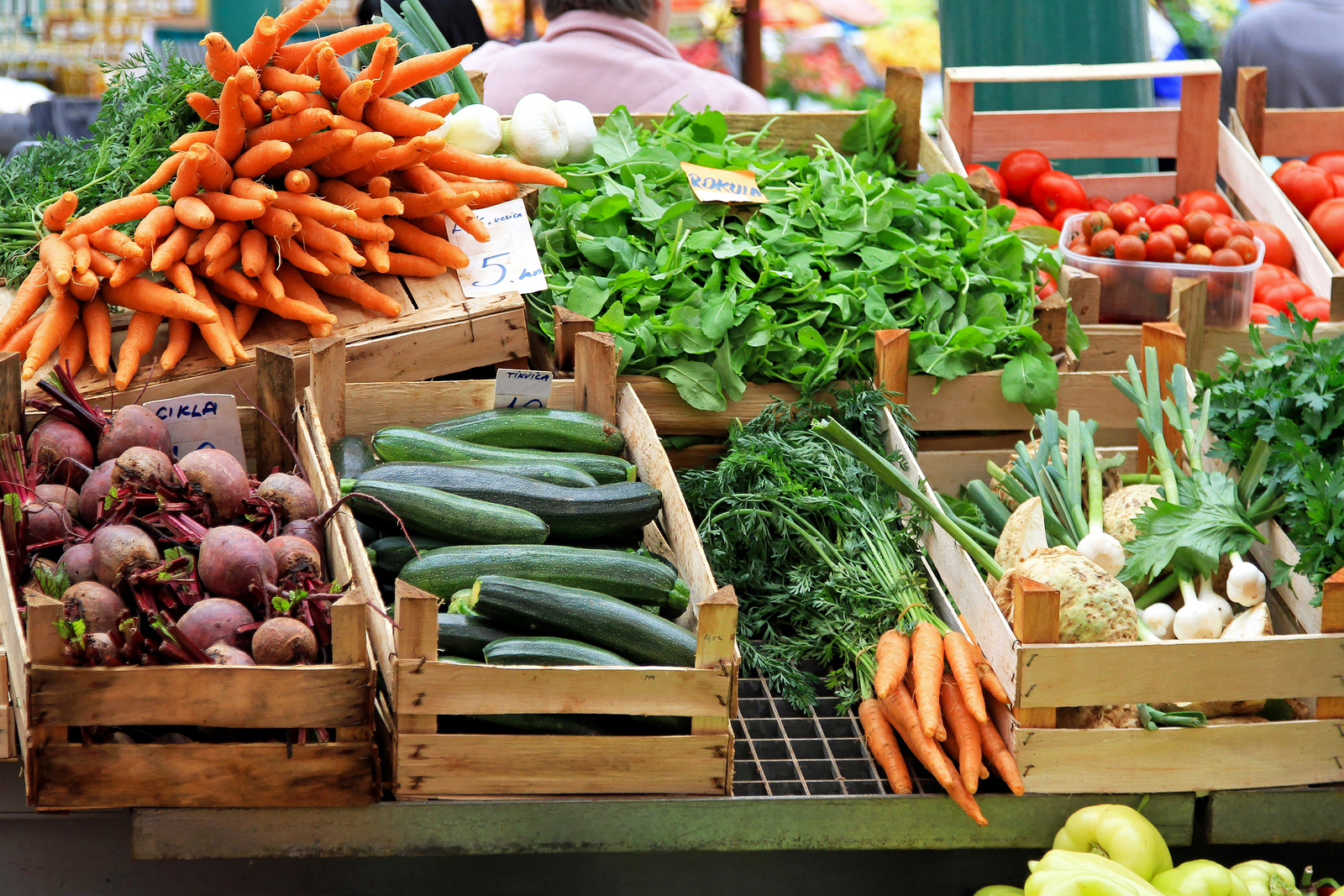 Carson hopes the proximity of the urban farm, which is right across the street from the homes, will also encourage a small decrease in residents’ carbon footprint. The Cannery’s promotion of eco-friendly transportation is evident in the miles of walking and biking trails throughout the community. And as far as cities go, Davis is a fitting place to set up a sustainable neighborhood.

“Having the ability not to get in your car and drive to the market to get [groceries] is always good,” says Carson. “First and foremost, the city of Davis is a very bicycle-oriented community. They would put less parking spaces than Concord or Pleasant Hill. They really try to push that, so when we built the Cannery master plan, it was all tied to bicycles as part of a way for travel.”

“A Diverse Array of Homeowners” 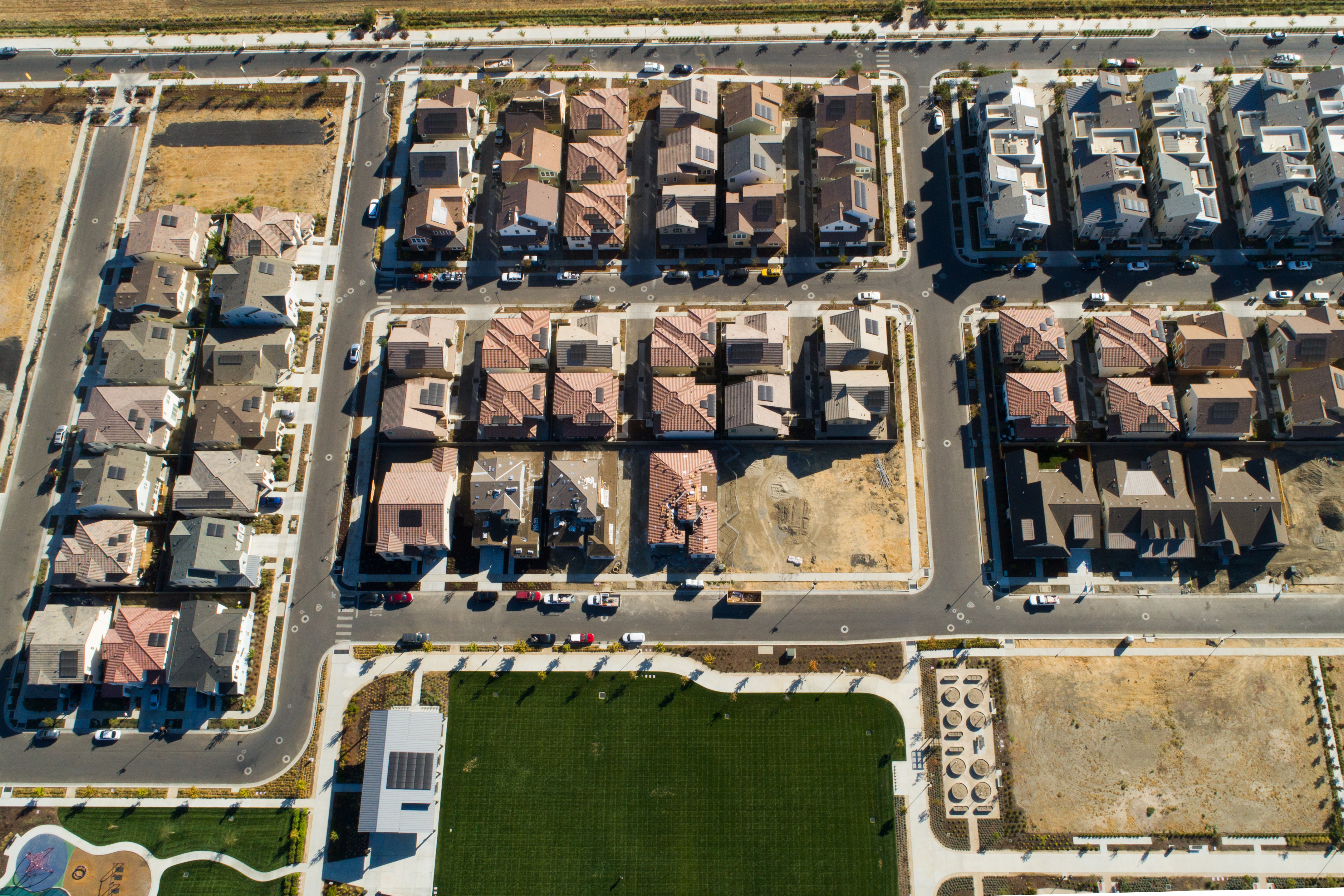 The prioritization of sustainability is echoed by residents, many of whom moved to The Cannery to be part of an eco-friendly community.

“The building itself of our townhome and the other buildings in the community have met fairly rigorous environmental standards,” said Cyril Juanitas, who owns a home in The Cannery. “That sustainable aspect is very attractive to us.”

Juanitas and his wife moved to The Cannery after all of their children had grown up and moved out of their single-family home. The couple was interested in downsizing but they still wanted to live in a neighborhood that felt like a community. 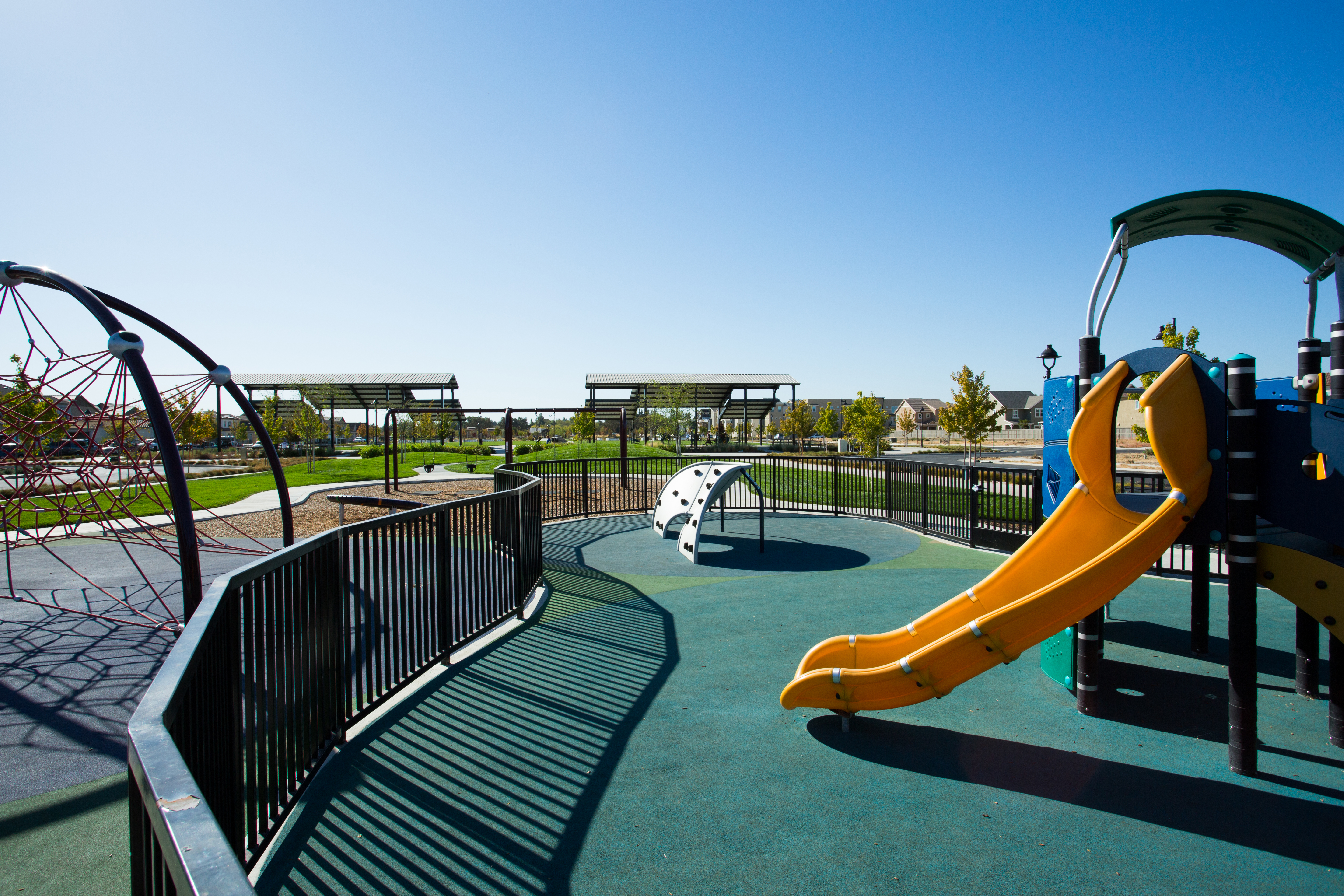 “We were looking forward to still being part of a vibrant community,” said Juanitas. “We have four children, so [our old house] was a home large enough for the six of us. And with the four of them moving out, we found we were effectively using 50 percent of our house on a daily basis.”

A diverse array of homeowners have chosen to purchase residences in The Cannery, which Carson says is a testament to the universality of appeal when it comes sustainable living.

“The only common denominator is they’re highly educated. There’s everything from singles to couples that are just starting out, to maturing families that have kids in junior high, to empty nesters, to retirees. We’ve been able to attract a wide array of demographics that really makes for a better community.”

“We’re firm believers that the more diverse a community is, the richer it is,” added Juanitas. 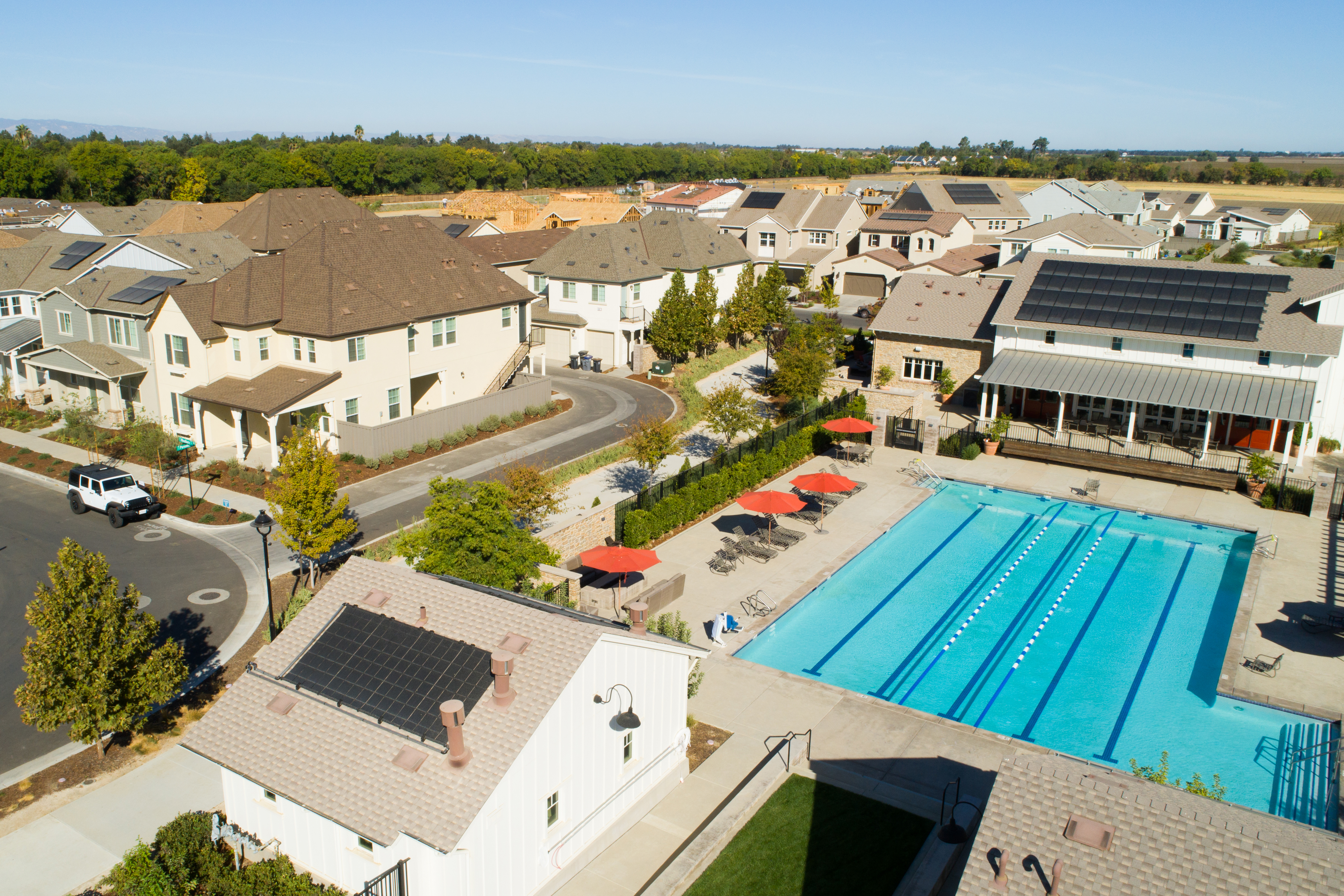 According to Brinkley, the perks of farm-to-table living also include an increase in property value.

“If you’re next to farmland, orchards, vineyards, that increases the value of your house because there are all kinds of spillover effects from living near farmland in terms of water quality, air quality. There are economic and social benefits that go beyond producing food.”

Carson expects more and more residents to respond to the benefits of farm-to-table communities. He believes Bay Area residents are starting to view green community living as an increasingly important factor when considering buying options.

“Sustainability, efficiency, livable design, those types of things are all going to be a much bigger factor than yard size or even square footage of the home because there is such a housing crisis.”

With real estate prices steadily growing in recent years, homes with a large lot or high square footage are out of reach for many interested buyers. Drawing Silicon Valley residents away from the major cities could perhaps make some small difference in easing the housing crisis. 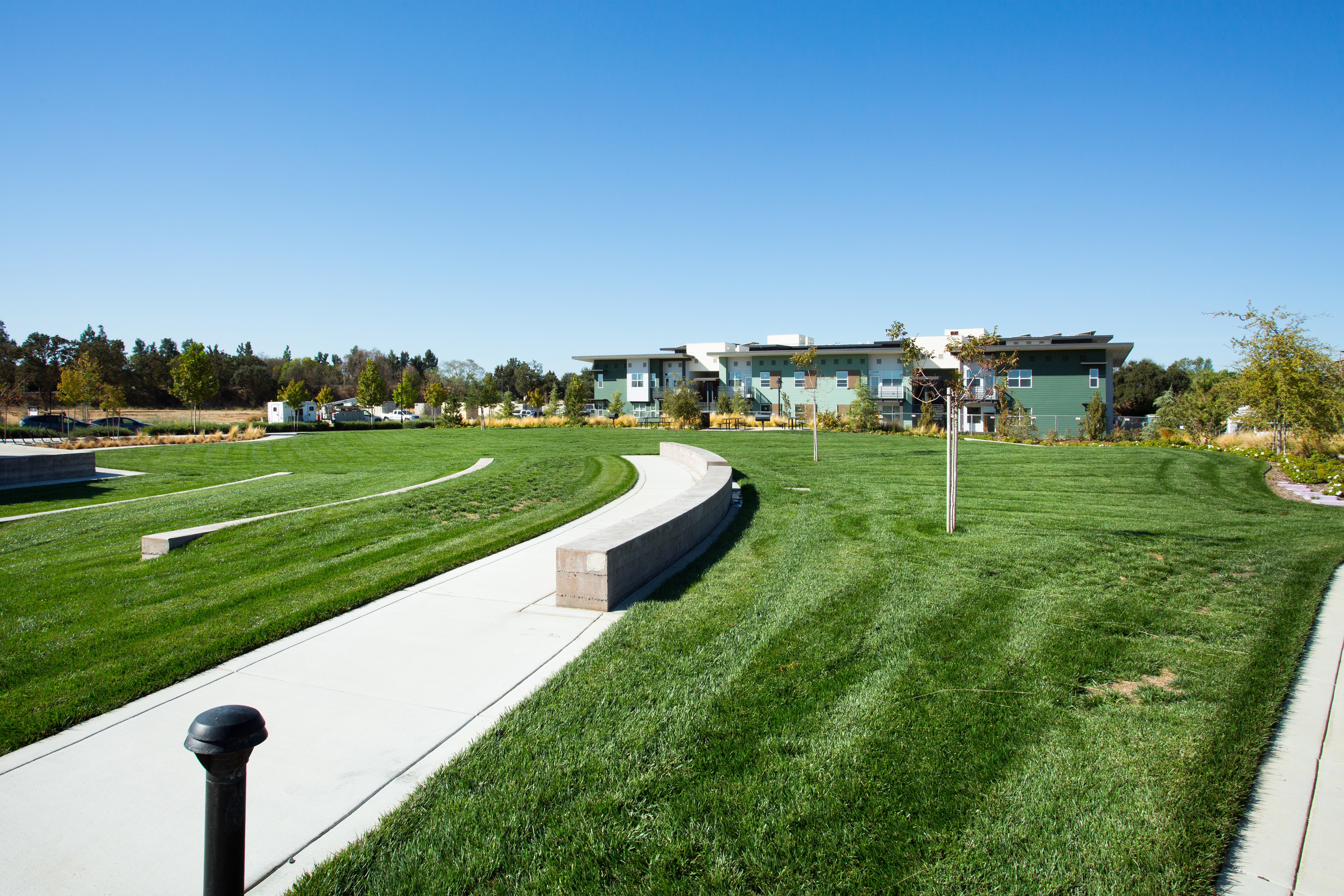 “Homes are so expensive, land is so scarce, jobs are created in a certain spot,” said Carson. “Creating neighborhoods that are really special is going to be one of the factors [that will help]. If you could create a special place that felt like a neighborhood, felt like people were going home and had some open space to look at, or be able to connect to other people, be able to walk to different things … it’ll help.”

Because Davis’s public transportation orients itself largely toward the Bay Area, many residents in The Cannery moved there from more congested pockets in Silicon Valley and still hold jobs in the major cities. Davis residents can take the Amtrak to Emeryville, then transfer to a bus into San Francisco. Those commuting to Sacramento are looking at a 20-minute drive or a short bus trip.

“We’re right on a bus line in the main road out here,” Juanitas said. “There are people who ride their bicycles down to the Amtrak station and commuting into the Bay Area is very easy.” 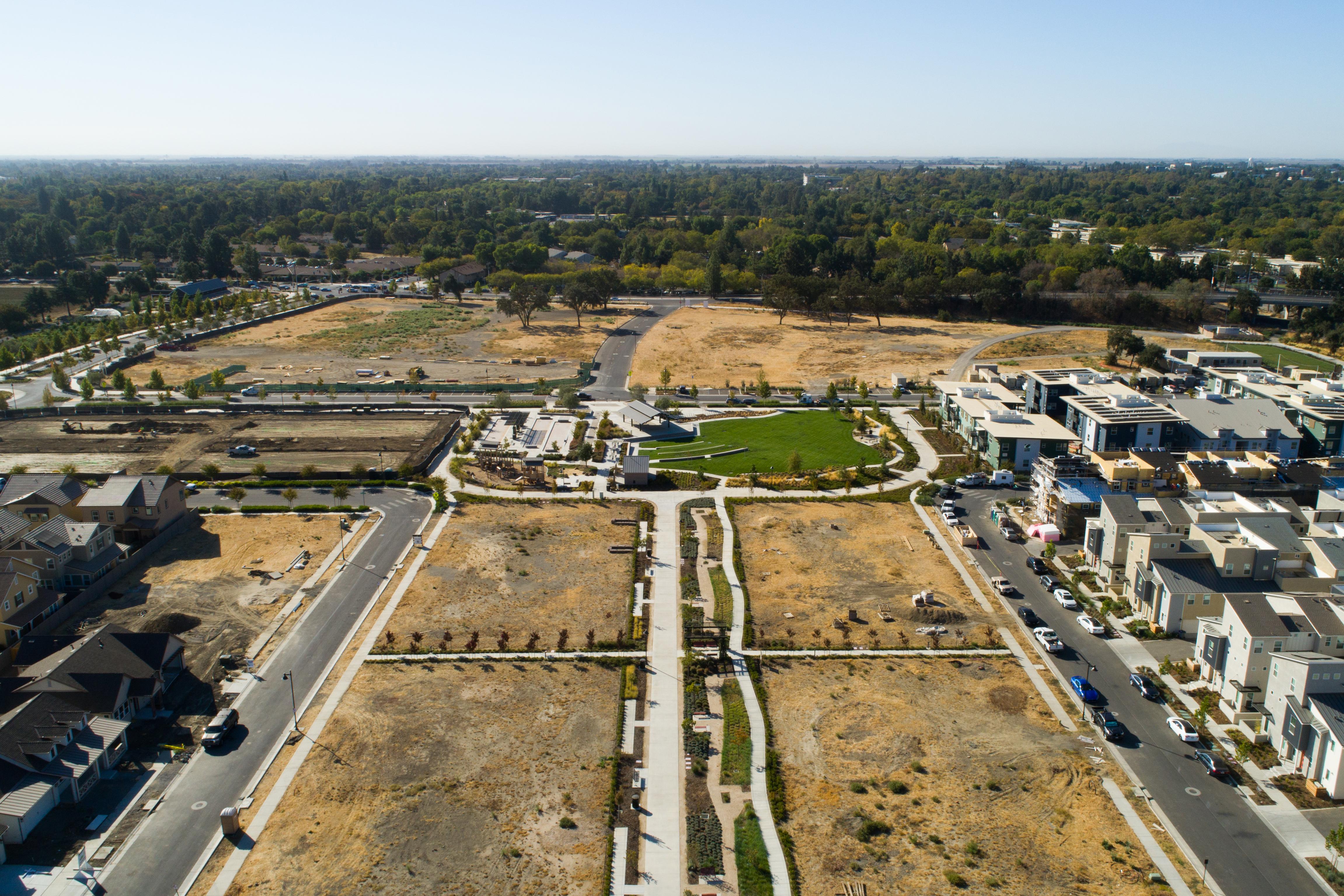 Brinkley emphasizes that expecting farm-to-table developments to play a small part in easing the housing crisis is not as simple as building the developments and getting Bay Area residents to move there.

“A lot of the farm-to-table communities that have been built in the last 10 years tend to be really low-density housing, so one-, two-story buildings. If you’re going to do low-density housing and take up a lot of land for agriculture, that’s inefficient development. Planners tend to think of efficient development as being contiguous, and in particular, there’s a need for much higher density development which has a much lower greenhouse gas emission to it.”

Brinkley also believes farm-to-table developers should take things a step further than urban farms and walking trails and further prioritize environmental conservation when designing their plans. In particular, water reuse can go a long way in making a community more sustainable. The Cannery doesn’t currently offer such a system, but according to Brinkley, that’s where the real benefit of farm-to-table communities come in.

“Something like 40 percent of the water that we take out of the ground goes into agriculture, and if you can re-route your showers and your sinks and make greywater systems, then you can save a lot of the water you would use to grow food otherwise. Taking household waste and putting it back into the soil.”

There’s also the question of making at least a portion of farm-to-table housing options affordable enough for low-income residents who can’t afford the skyrocketing real estate prices in Silicon Valley. In The Cannery, the most cost-effective home plans were townhomes in the low-to-mid $400,000s. Those are mostly sold out, but Carson says more affordable options are on their way.

“We’re opening up a new elevator-served, stacked-flat community in The Cannery next month, and that’s going to be more affordable than some of the options here.”

As the appeal of farm-to-table communities increases and the benefits of living in this kind of community becomes more well-known, it’s likely we’ll see additional neighborhoods like The Cannery pop up throughout the Greater San Francisco region.