There are over 6,400 Dairy Queen stores all over the world, almost 70 percent of which are located in the United States. But when my high school friends and I would tell each other that we should meet up at the Dairy Queen, we understood that we could only be referring to one such soft serve establishment. The Dairy Queen on Route 516 just east of Gaub Road in Old Bridge, New Jersey. 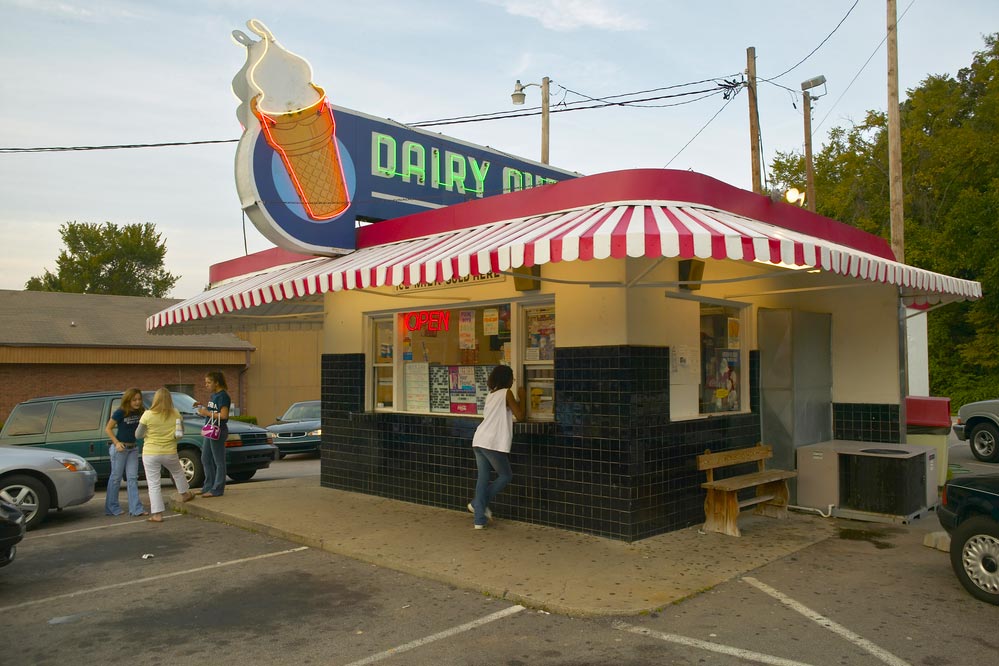 Eager to put our newly earned drivers licenses and recently purchased (or handed-down) cars to work, we would often gather at the Dairy Queen simply for the sake of it. We bought Blizzards and milkshakes and hung out at the uncomfortable outdoor tables late into the evening because we could. The signage promised "Hot Eats, Cool Treats" but rarely did anyone dare to test out the DQ’s savory offerings. That was besides the point anyway, as Dairy Queen was a gathering place first and a sustenance provider second.

While there are still many more Dairy Queens out there, that particular one is gone. Today that spot is home to a KFC. I’m not exactly sure when the change happened, but the question is irrelevant because I had moved away by then anyway — first to college and then on to all the other places besides Old Bridge that life has taken me. Still, while I can think of better places where I ate soft serve (Jersey Freeze in Freehold, FTW), I still have a soft spot for that DQ. Knowing it’s gone forever feels wrong. Knowing that an entire generation of kids are growing up in Old Bridge unable to waste their youth in the same quick-service restaurant parking lot as me makes me sad.

Then again, perhaps that’s apt. We measure time in the suburbs through the fast food restaurants, corporate retail chains, and gas stations that line its state highways. I lived in Old Bridge during The Dairy Queen Era. Today’s teens live there during The KFC Age. Future generations may come to reminisce about living in New Jersey’s 21st most-populous municipality during The Time of Pizza Hut. What dreams may come, indeed.

Other nearby corporate chains have come and gone as well. The Old Country Buffet on Route 9, where we celebrated high school graduation with an eating contest, is long gone, replaced by a Texas Roadhouse. The Manhattan Bagel, where many of my friends worked and hooked us up with countless packets of cream cheese, is now something called Wonder Subs. There’s now a TD Bank next to the 7-11 where only grass and gravel once laid. The Blockbuster Video is now, somehow, Advance Auto Parts.

Everything has changed and yet nothing is different. All of these businesses that seemed like economic bedrocks of the community when I was 16 are all gone and yet, the town has not suffered because of it. It simply replaced them, moved forward, and thrived. Where the kids of Old Bridge hang out these days, I have no idea, but I’m sure they believe their sacred spot is where the kids of Old Bridge have hung out since time immemorial. Technically, they’d be wrong. But also, that’s what the kids of most suburbs have always done, so in some way, they’re also right.

Growing up and leaving the suburbs isn’t all fast-food-laced ennui. You can go back anytime you want and, in spite of all the changes, everything looks the same. Like revisiting a college campus but instead of 100-year-old pantheons dedicated to education and art, it’s full of 35-year-old pantheons to hoagies and beef jerky. The names and faces change but the architecture remains the same.

That’s even true of the literal homes I lived in. The Glenwood Apartments three-bedroom unit we rented while we were waiting for our house to be completed. The townhouse we lived in during my elementary school years in Old Bridge Mews. The single-family home in Merritt Estates we upgraded to, followed by the townhome in Deep Run we eventually downsized into. All of them still standing. All of them now occupied by other families with their own suburban sagas completely unaware of everything that came before them. Unaware of what it was like to live inside those walls during The DQ Era.

People who grew up in urban areas will try to tell that their experience is the same. That they had dedicated hangout spots and reliable haunts and the places they grew up around are now called something else and it’s all very sad but what can you do? But that’s not true. Because people who grew up in urban environments had choices. They were surrounded by culture. For them, it took less time to get to an art museum than a Dick’s Sporting Goods. They were surrounded by diversity and world cuisines and public transit.

If they ended up with the same experience as someone who grew up in the suburbs, shame on them. They wasted it. 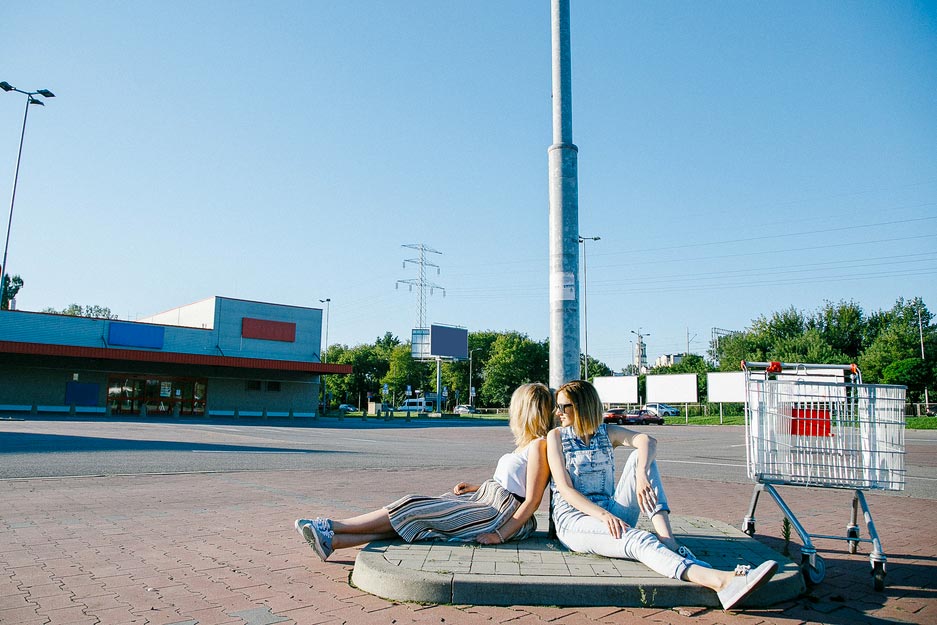 We didn’t spend all those nights in the Dairy Queen parking lot trying to figure out what to do with ourselves as an alternative to something else. We did it because on most nights that was literally our best option. Because it was that or hang out in the Chase Bank parking lot where the ice cream offerings weren’t nearly as enticing. Our childhoods were spent yearning for more. More options, more adventure, and more more.

That’s how the suburbs helps you. They set a baseline from which you can measure your own cultural growth for the rest of your life. That when you end up moving to a big city, you marvel at the diversity of it all. The people, the cuisine, the adventures. The diversity of options.

You grow up here so that you can come to learn that when someone says “I’m in the mood for Mexican food,” the answer shouldn’t automatically be “I think Chili’s has a fajita special tonight.” And then you appreciate all of the new discoveries you encounter when you do eat at an authentic Mexican restaurant for the first time.

Or just turn into whatever

Must've been inside them

And whatever all of us had then in common

Grew up and left home

We don't think that way no more

Those lyrics from the Ben Folds Five song “Video” have always made me think about growing up in Old Bridge. Almost everyone I spent those evenings with in the Dairy Queen parking lot has since moved on. We all went in different directions and rarely speak these days, assuming you don’t count the occasional Facebook “like” as conversation.

I don’t go back to Old Bridge very often. It’s not my suburb anymore. It belongs to the kids of The KFC Age.

Far as I can tell, there isn’t any outside seating at the KFC. It appears to have been removed to make room for more cars to line up at the drive-thru. That’s okay, I’m sure the kids have found a new place to spend their nights cracking jokes and wondering aloud about what better things they could be doing with their lives. They’re from the suburbs after all. They know how to work with what they’ve got.