There’s perhaps no Nashville neighborhood that can rival The Gulch in the magnitude and scope of its transformation.

To be sure, areas like 12 South and East Nashville have experienced remarkable change, but those were neighborhoods to begin with. What has developed in The Gulch is a transformation from a semi-abandoned rail yard to a pulsing mixed-use metropolis. It has lured tourists away from SoBro and become the “it” place for brand new Nashville residents.

The area, which is a literal gulch—the result of a geographical depression in the landscape—dates back to pre-Civil War days.

“In the early decades of the 20th century, the Gulch was an incredibly active railroad yard that served Nashville and the region,” The Tennessean notes. “Following World War II, it began to decline and eventually became a neglected pocket within downtown.”

It’s true. Ask any Nashville native and she’ll tell you that The Gulch was a mere shortcut between Downtown and 12 South if it was anything at all. Sure, the area was a site of industry on a marginal level, but there’s no comparison to what it has become today. 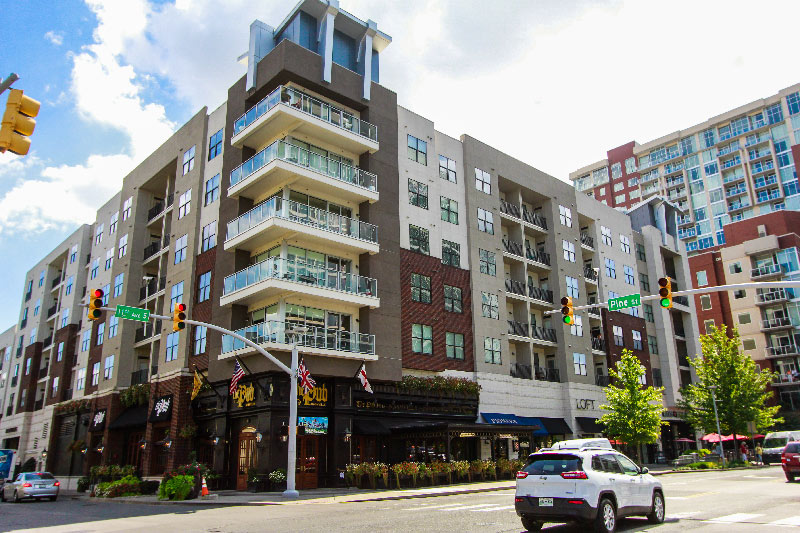 Median home prices sit squarely in the low $500s, and the area’s offerings are comprised entirely of condominiums and the occasional townhome. Buildings like Twelve Twelve, Terrazzo, and Icon are particularly popular. While many Nashville neighborhoods include homes dating as far back at the late 1800s and early 1900s, the oldest home The Guch has to offer is from 2006.

That 2006 date might sound arbitrary, but it isn’t. In that year The Gulch Business Improvement District was established to jumpstart the area’s success. 2006 was also a year in which the Nashville Business Journal published an article stating, “There's arguably no hotter area for development in Nashville than the Gulch,” and boy, were they right.

A Leader in Innovation 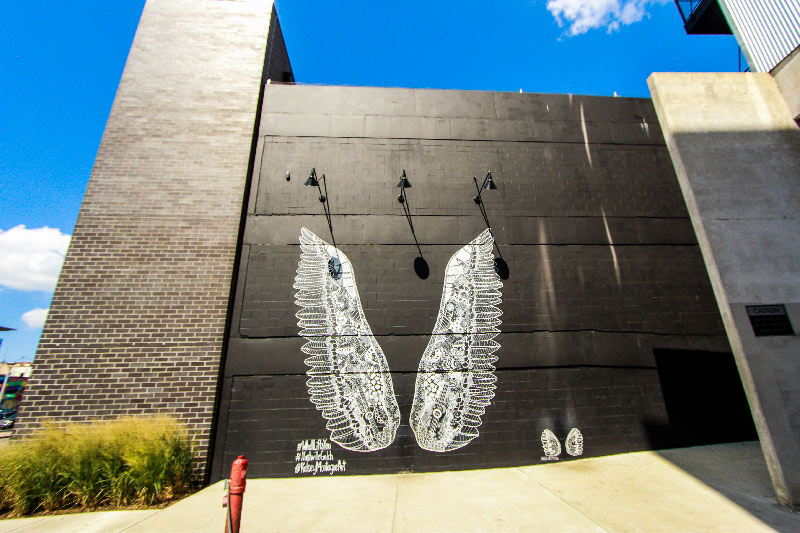 The neighborhood was also the first in the south to become a Leadership in Energy and Environmental Design (LEED) certified community. This designation is handed down by the U.S. Green Building Council (USGBC) and indicates that a community excels in the areas of energy, water, waste, transportation, and even human experiences such as education, equity, health, and safety.

A truly modern neighborhood developed with the future of the city in mind, The Gulch’s humble beginnings gave the area an opportunity to build something new from the ground up. 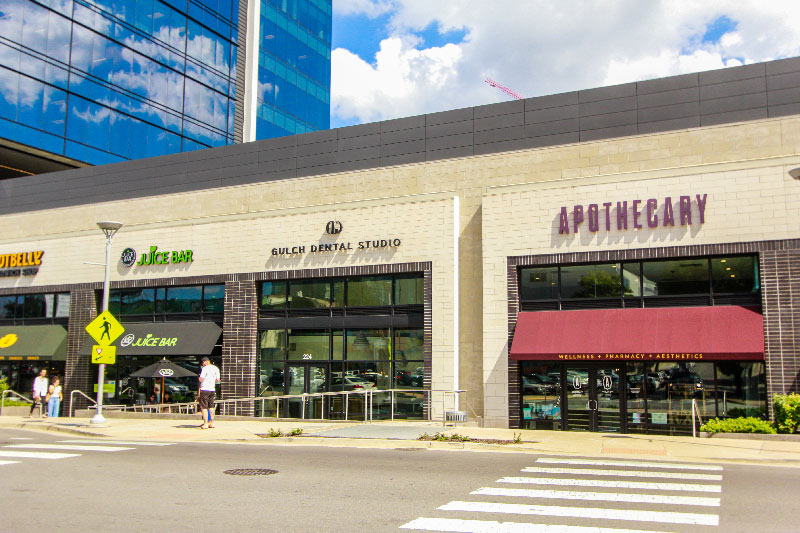 Aside from the compelling story of how the neighborhood came to be, The Gulch is interesting because of the food and retail culture that permeates every inch of the 110 acre space.

Perhaps the only true native left standing among the high rises is the legendary Station Inn. Once a lonely beacon of Nashville’s bluegrass and roots music culture, this dive bar looks and feels like it was sent down from country music heaven. It would be fair to say that the only thing that has changed is the parking—where there once was a plain ole gravel lot, there now stands a kiosk and parking structure—fancy.

Barista Parlor Golden Sound is likely the best coffee in the neighborhood and certainly some of the best in town. Tucked away behind the towering Icon building on Magazine Street, this coffee shop manages to remain quiet in spite of the crowds that pound the pavement outside.

Right next door is Yazoo Brewing Company one of Nashville’s first craft breweries. They offer tours and tastings as well as an outdoor patio that overflows on summer days.

Just around the corner Jackalope Brewing Company has become a new favorite brand among locals. A woman-owned company, Jackalope is known for its artistic branding and for being the first Nashville brewer to can their beer.