Phoenicians can thank the Salt River floods of the late 19th century for the Roosevelt Row Arts District that we know today. Had they not forced early residents of Phoenix northward, the city center may have grown along the river’s edge instead of the higher ground where it is. 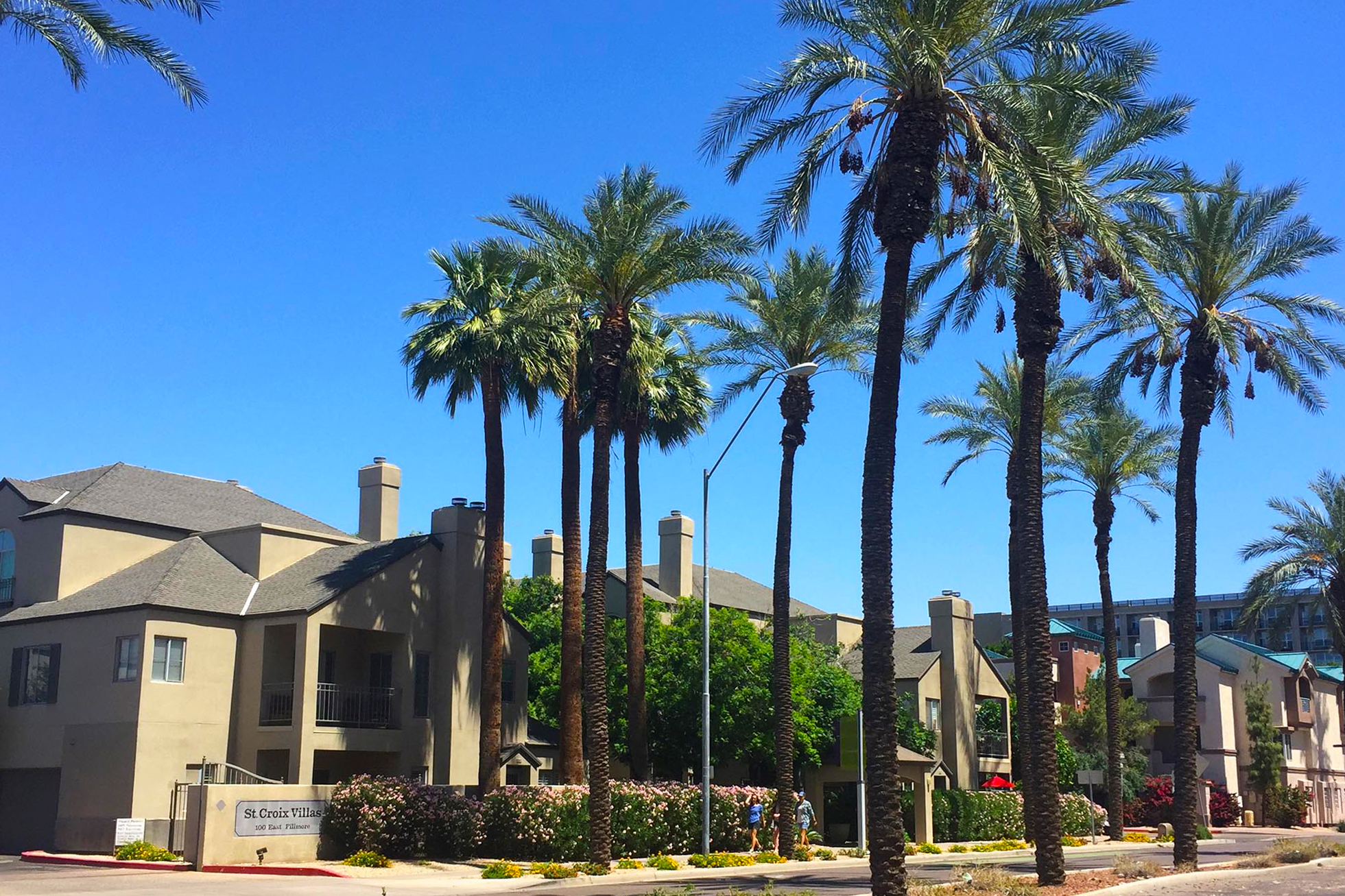 Homes sprung up in the Roosevelt District in the early 1900s in the distinctive styles of the day. You won’t find the Mediterranean sameness in this neighborhood that you see in the newer parts of the metro area. The Roosevelt Row Arts District neighborhood was the City of Phoenix’s first designated historic district, established in 1984 thanks to Terry Goddard and the members of Trinity Cathedral.

Most of the homes have been painstakingly restored to their original conditions. Besides the striking single-family homes, you’ll find sleek apartments and condo projects that complement this eclectic mix of homes and buildings. As a city-center location, the Roosevelt District is home to the notable Phoenix attractions that make it a destination city.

Get to Know RoRo 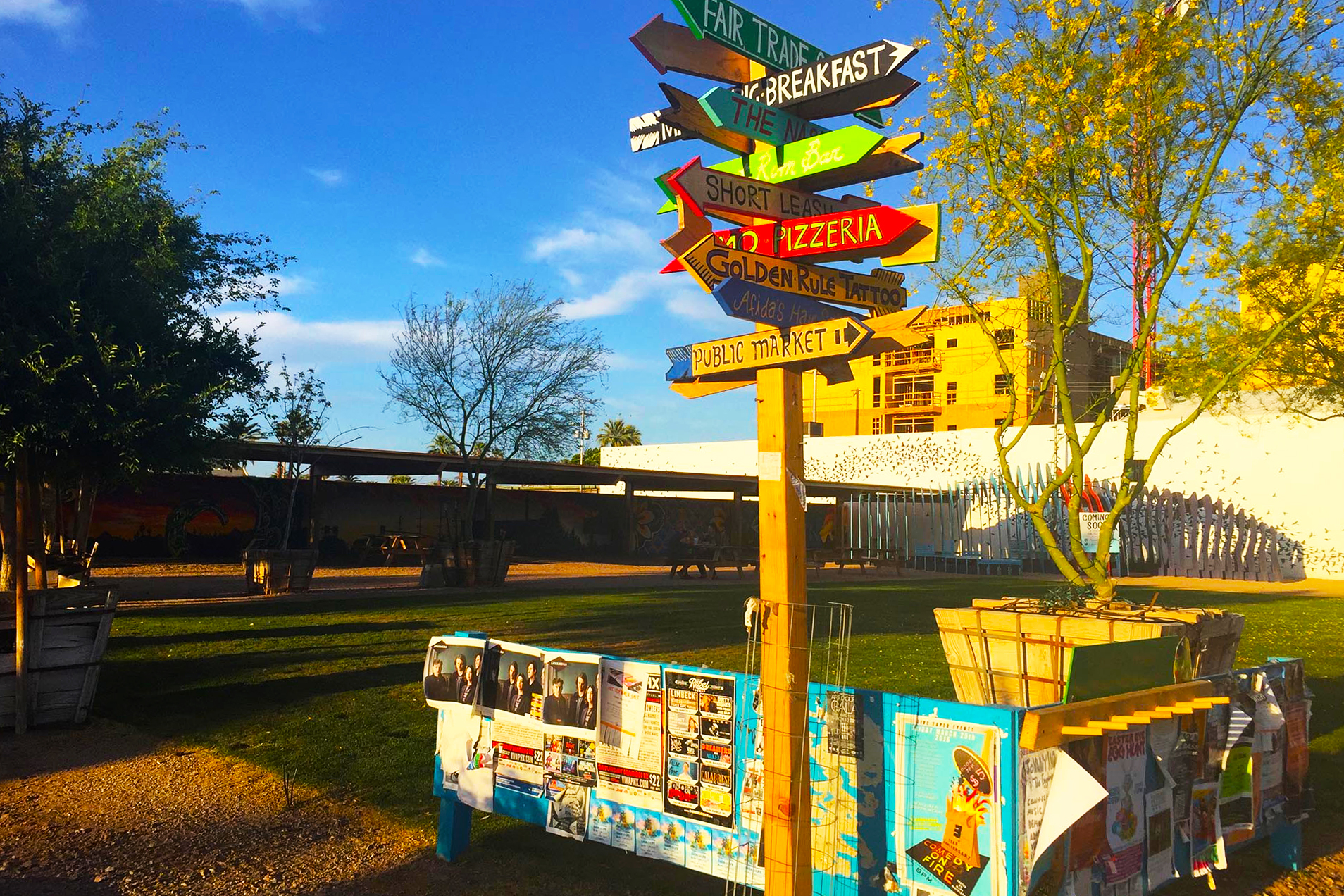 The Roosevelt neighborhood has emerged as the preeminent art district in the metro area. Roosevelt Row (known as RoRo by locals) showcases the artistic talents in the neighborhood, celebrated en masse on First Fridays held at the beginning of each month. It was the local artists who first moved into the area in the 1980s, starting First Fridays to showcase their work in 1994. Visitors took note, saw its potential, and the revitalization began.

Visitors who don’t want to walk the RoRo art district can take the Trolley Tour or the Metro Rail. During the summer, the shops keep “vampire hours” so that people can enjoy the galleries, live music streaming from bars and nightclubs, and boutiques after the sun sets and temperatures cool.

Sports, the arts, first-rate shopping, higher education, and good food are all within walking distance in and around the Roosevelt Row Arts District.

Sports fans don’t have to look very far. Chase Field is home to the Arizona Diamondbacks and the Suns play at nearby Talking Stick Arena. Both are easily walkable.

This library anchors the Phoenix Public Library system. At the exact time of the summer solstice, the sun shines through skylights into the library and floods it with light through its five levels and shines onto the lobby’s floor in circles.

This beautiful park surrounds the library where you’ll find the historic Winship House inside the Japanese Friendship Garden. A tour of this home will give you a sense of what life was like in the early days of Phoenix. The park hosts many cultural events from September through May.

One of downtown’s newest attractions, CityScape, is a mixed-use project that includes a hotel, retail shops, luxury apartments, and offices. You’ll find Phoenix’s only rooftop lounge with a full service bar and restaurant where the views of the city are unmatched.

No neighborhood in Phoenix should be without its own microbrewery and Mother Brunch Brewery belongs to RoRo. It has something for every taste, including mussels, home-cured salmon, Reuben sandwiches, French dips, and locally grown vegetables.

The Welcome Diner chose an old-fashioned diner car to serve its full menu of American comfort food. Anyone craving buttermilk biscuits, red beans and rice and po-boys will be right at home.