Los Angeles doesn’t exactly provide the quintessential winter experience, especially for the many transplants who have come from colder climates. But sunshine and warm weather doesn’t mean LA is lacking in holiday spirit—far from it, actually. The city is packed with holiday-themed events and winter cheer if you know where to look.

From festive lights to ice skating and more, you’ll be making your own list (and checking it twice, of course) of holiday activities to do around LA.

Lace Up Your Skates 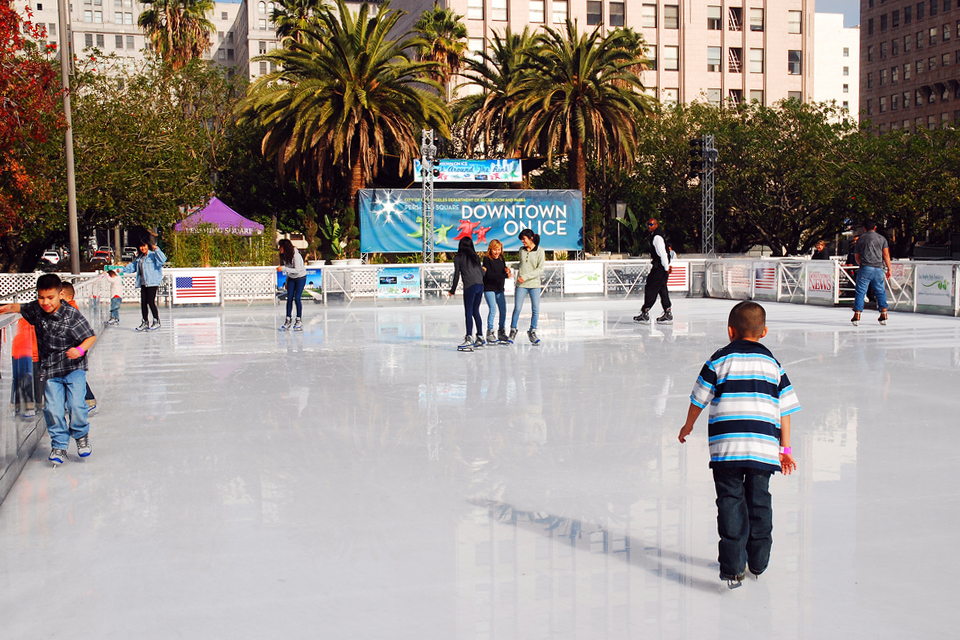 You can also hit the ice at the LA Kings Holiday Ice at L.A. Live until early January. If you call the west side of LA home, try Ice presented by Plaza at Santa Monica, conveniently located in the city’s bustling Downtown area.

Take in the Pretty Lights

In true LA fashion, the city is especially sparkly around the holidays with some truly impressive light displays. One can’t-miss event is LA Zoo Lights, which runs until early January, and is the definition of “merry and bright.”

If you’d prefer to take in some beautiful decor from the comfort of your own car, go for a drive down Candy Cane Lane in Woodland Hills. On the outskirts of LA County, you’ll find Descanso Gardens, where you can take in the views at Enchanted: Forest of Light, a one-mile walk through the decorated gardens is a must for any lover of holiday lights.

Channel the spirit of the season at Rooftop Cinema Club's "12 Days of Christmas." With a different classic movie being shown practically every night of the week from the beginning of December to Christmas, you’ll have no shortage of ways to get into the holiday spirit.

An added bonus is that the screenings take place on the Montalban Rooftop, so even if you get bored by the movie, you’ll have captivating views of Hollywood.

Get Your Snow Fix

Itching to experience the winter joy of playing in the snow? Snow Day LA has got you covered. This event (which takes place every weekend from mid-November until the end of December) features fake snow that looks and feels so real that you can actually go tubing on it. 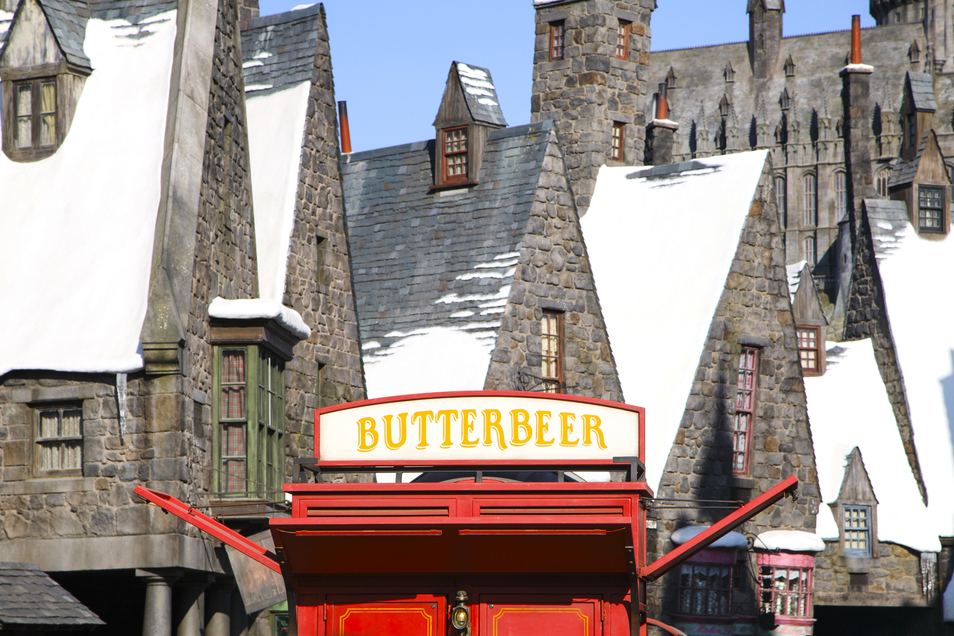 Ever wondered what it would be like to celebrate the holiday season at Hogwarts? You’re in luck. “The Magic of Christmas at Hogwarts Castle” can be seen at the Wizarding World of Harry Potter at Universal Studios Hollywood, and the event features a seven-minute long animated light projection show set to music from the Harry Potter franchise.

Not a fan of witchcraft and wizardry? Take a drive out to Disneyland in Anaheim to see the “Happiest Place on Earth” decked out for the holidays—Santa even makes a cameo in the nightly parade.