Knocking on a neighbor’s door and asking to borrow a cup of sugar has always been the textbook example of neighborly behavior. Outkast’s Andre 3000 even references it in a lyric from the 2003 hit “Hey Ya”—“lend me some sugar, I am your neighbor!” But do people actually do this, or does the “cup of sugar standard” harken back to a time before grocery delivery apps or easy access to supermarkets?

It would appear that neighbors are still willing to ask each other for baking ingredients in a pinch or for help in other ways. According to a survey conducted online by The Harris Poll and commissioned by neighborhoods.com, 53% of homeowners aged 25+ who have neighbors are likely to ask them for a “cup of sugar” or borrow something or ask for help from those who live near them. 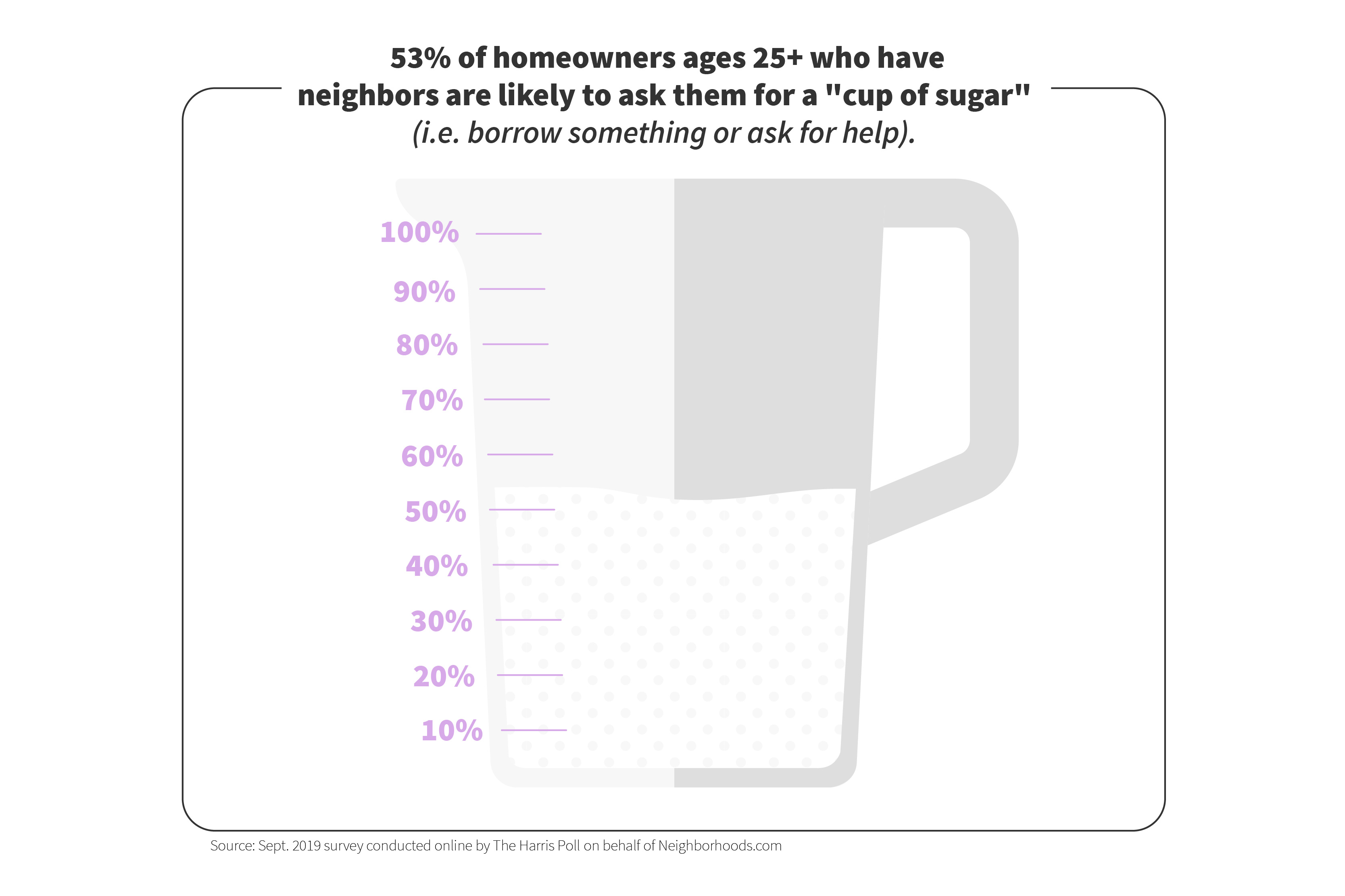 The survey dives into other statistics about neighbors, including what qualities describe a “good neighbor,” if people actually know their neighbors’ names, and if neighborly behavior varies by age, income, or gender. In honor of National Good Neighbor Day (Saturday, Sept. 28), let’s get to know your modern neighbors.

Nearly half of homeowners age 25+ who have neighbors (47%) are not likely to ask for a cup of sugar or any form of help from a neighbor.  But in general, doing things for neighbors—like the lending a cup of sugar example—falls behind other qualities that makes a good neighbor. 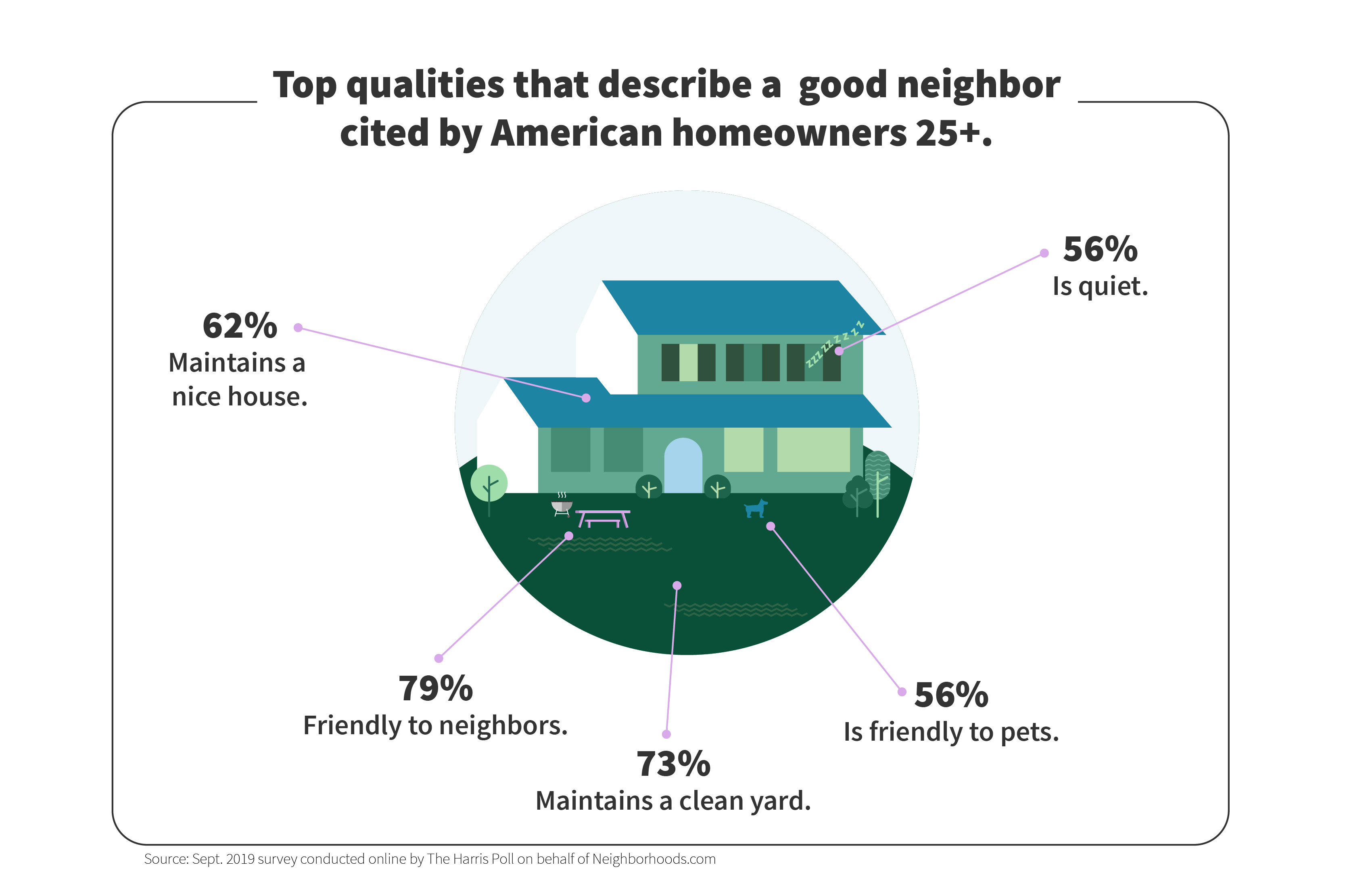 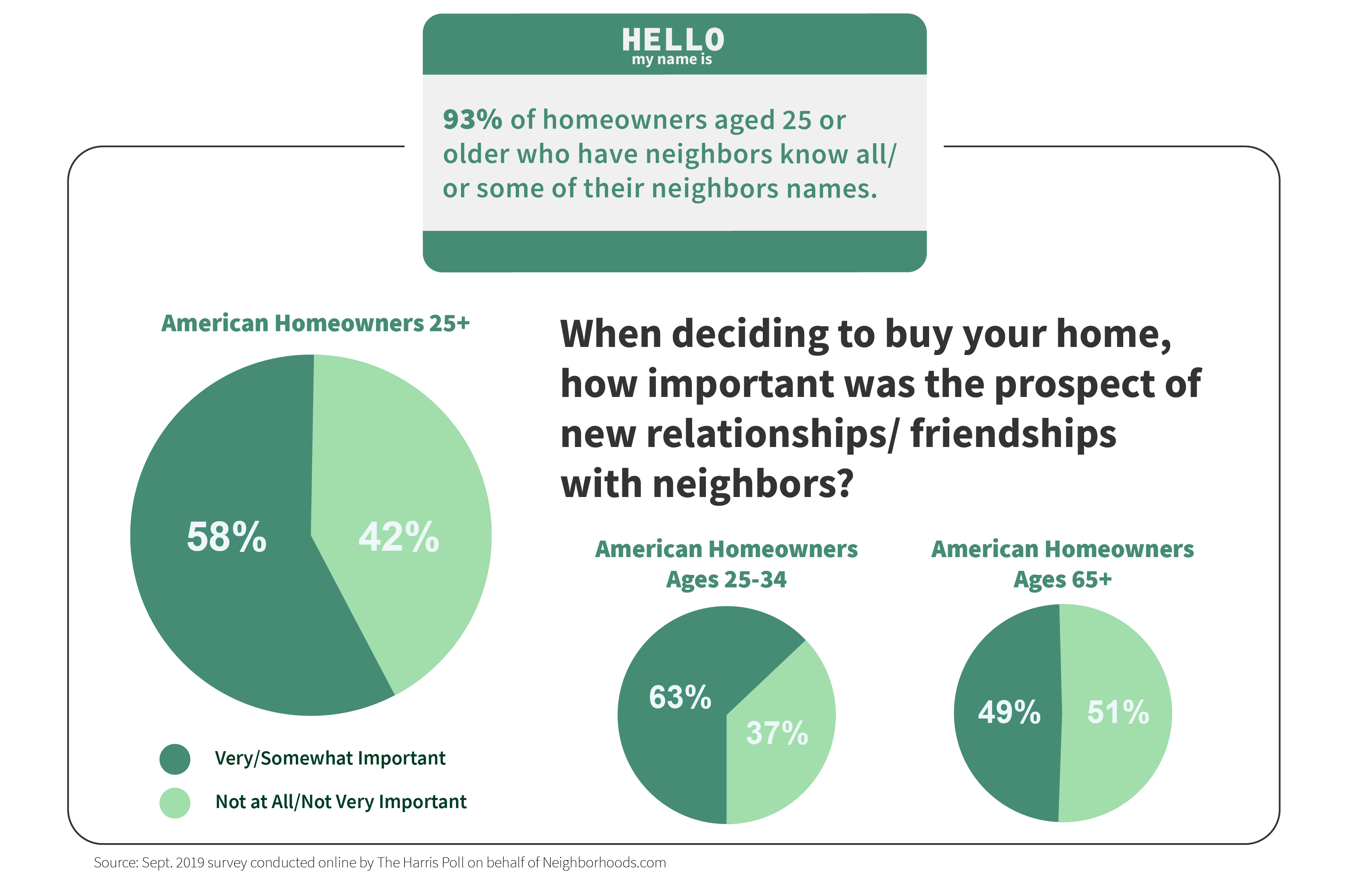 Among American homeowners aged 25 and older who have neighbors, 93% know all/some of their names, but nearly 3 in 10 (29%) interact with their neighbors less than once a month.

That’s not to say relationships aren’t valued, though. Fifty-eight percent of American homeowners aged 25+ say the prospect of new relationships or friendships with neighbors was important to them when deciding to buy their home, while 42% considered this unimportant.

Want to get to know your neighbors?

This survey was conducted online within the United States by The Harris Poll on behalf of neighborhoods.com from September 10-12, 2019 among 1,179 U.S. adult homeowners ages 25 and older, among whom 1,168 have neighbors. This online survey is not based on a probability sample and therefore no estimate of theoretical sampling error can be calculated. For complete survey methodology, including weighting variables and subgroup sample sizes, please contact neighborhoods.com.