So much more than big hats and slide guitars, Dallas’ music scene is a vibrant and diverse mix of both local musicians putting in the work and major tourings acts paying regular visits for sold out shows. Whether it is a packed barroom in Deep Ellum or Downtown’s Grand Opera House, the character of the neighborhood is inevitably reflected by the venues within its borders. By no means a comprehensive list, the following gives just a taste of the range of options available to music lovers of all stripes in Dallas.

Featuring an eclectic mix of row houses and high-rise condominiums, Downtown Dallas is a great place to live for people new to the city. Many of the major attractions the city has to offer are only a short walk away, a real rarity in a city where even short distances are usually covered via driving. Completed in 2009, Downtown Dallas’ Winspear Opera House is arguably the jewel of the city’s fine and performing arts scene. The building itself is surrounded by what’s called the Grand Portico, a system of trellises that shade the building from all angles, reducing energy needs for cooling. Inside, an array of 380 glass rods descend from the ceiling to form a stunning chandelier that retracts into the ceiling before performances to give attendees the impression of a starlit sky. Aside from being the home of the Dallas Opera, this 2,300-capacity venue also hosts ballet, stage musicals, and a wealth of other musical acts. 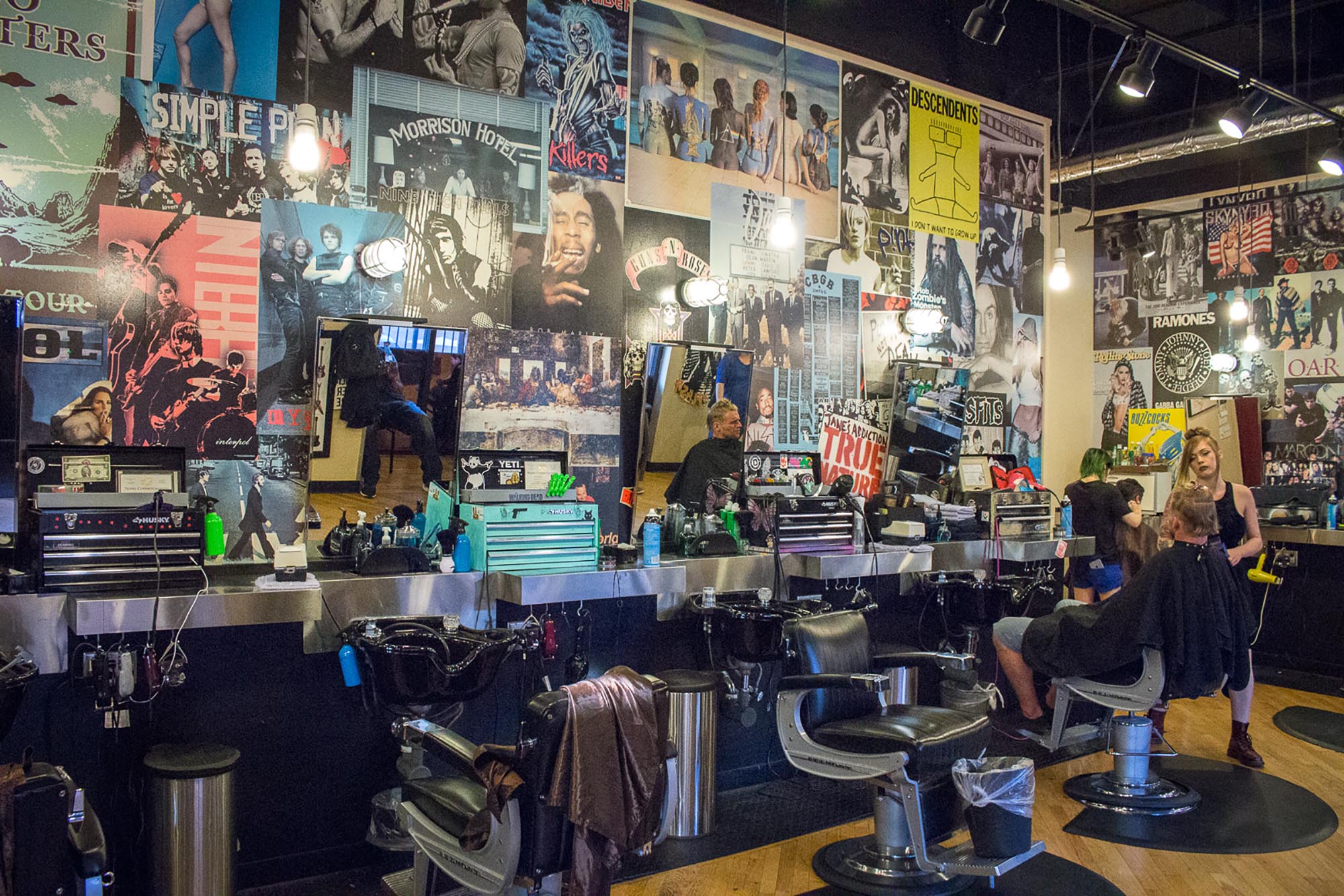 The notably pedestrian-friendly Uptown, just north of Downtown, underwent a significant transformation in the late 1990s to become the people-friendly, new-urbanist center that it is today. Many of the restaurants, bars, and venues that have popped up in the intervening years have catered to the young professionals that populate the area. The Rustic combines all three of these concepts into a venue that can feel more like a backyard BBQ than a formal music performance space. The menu, the drinks, and the show bill on any given night all reflect the comfortable Americana vibe the owners have created. Memphis stalwarts Lucero have a free-with-RSVP show booked early in February and a Mardi Gras party with Austin soul singer Tameca Jones near the end of the month.

Looking to let your hair down and really take in all of the fun and nightlife Dallas has to offer? Turn towards the bright lights and sounds of Deep Ellum, just southeast of the city center. The neighborhood is among the most historic in the city and boasts some of the best preserved city blocks in the region, giving residents and those just passing through an idea of what the neighborhood may have looked like 100 years ago. A historically welcoming neighborhood, you’ll find all sorts of people living above the shops and restaurants in condos and unique converted loft spaces.

Not surprisingly, the neighborhood has a greater density of live music venues than just about anywhere in the state outside of Austin. What do Radiohead, Nirvana, and Arcade Fire have in common? They have all played Deep Ellum’s legendary Trees. With a sweet-spot capacity of 650 and a gently sloping standing area, this is an amazing place to catch even fairly renowned bands in a smaller setting.

Stepping up to the big leagues is The Bomb Factory just a few blocks away. With balconies and a capacity of 4,300, the space is a prominent regional stop for major performing artists. Shows this spring include Sigur Ros, PJ Harvey, and hometown hero Erykah Badu’s annual birthday bash.

If that all sounds like too much, Double Wideis a come-as-you-are spot where you’re just as likely to see patrons in Stetsons as you are sporting neck tattoos (or both!). From soul and funk to country and western to DJs and local artists, artists from all stripes share the stage in this relaxed bar. If you’ve ever had the burning desire to taste cocktails made with Tang and Yoohoo, then this is your spot. It’s a bit on the outskirts of the neighborhood, but you’ll know you’ve found the place when you see retired commodes used as cactus planters out back.

Southwest of Downtown Dallas is the Bishop Arts District, often thought of as a city within a city. At one point Dallas’ busiest shopping district, the area has undergone a revitalization both in its commercial stretches and in the wide variety of single-family homes available. The area is now home to more than 60 independent boutiques, coffee houses, restaurants, and cafes.

Serving as an anchor on Davis Street, the Kessler Theater immediately grabs visitors’ attention with its magnificently preserved art-deco inspired neon lights. The venue itself is routinely rated in readers’ and critics’ polls as one of the best venues in the city. It also features something lacking in many other Dallas venues: ample seating. The Kessler routinely features local and touring bands as well as small stage productions and burlesque shows. The venue recently hosted the triumphant return of local cult favorite MC 900 Ft Jesus, which children of the 1990s will remember from his hilarious music video for If I Only Had a Brain, directed by a young Spike Jonze. 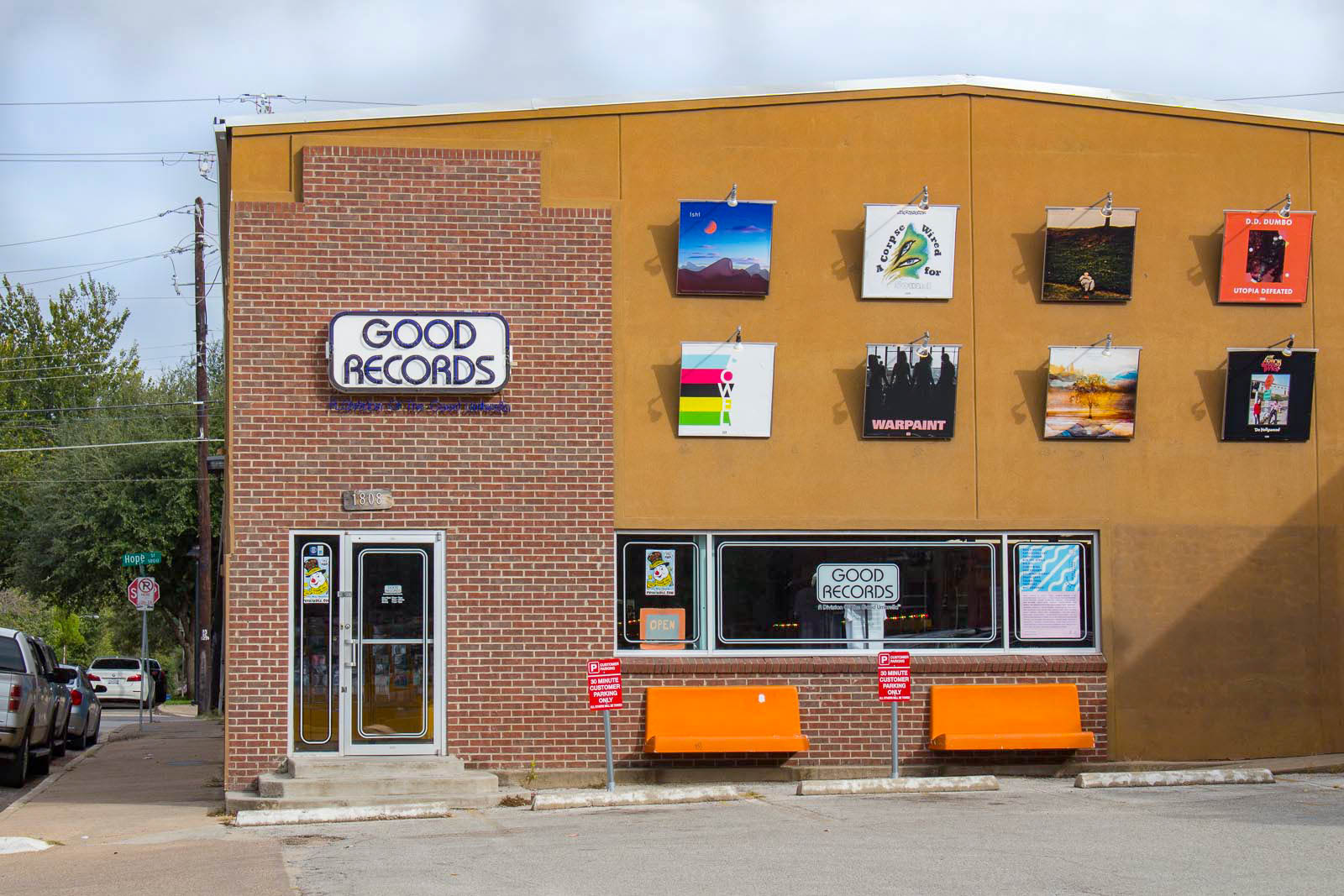 Just blocks from Southern Methodist University, Greenville Avenue is the main artery of the Lower Greenville neighborhood. Long an important commercial and cultural center, the neighborhood is thriving, not just as an exciting place to visit but a great place to live.

On the northern end of Lower Greenville lies another one of Dallas’ art-deco gems. The Granada Theater has been a destination since its construction as a movie palace in the mid-1940s and later its conversion to a music venue in the 1970s. The diversity of the neighborhood is reflected in the theater’s bookings, which can encompass a selection as wide as heavy metal, soul, blues and roots all in a single week.

Though small in size The Balcony Club is a massive part of Dallas’ jazz scene. For going on 27 years, this intimate club has been entertaining jazz fans whose record collections span rooms to couples looking for a club with a sophisticated feel. Standards, fusion, vocal, and Latin are among of the wide variety of styles represented.

Playing “live from the Astroturf” has become something of a tradition for touring bands and locals alike at the beloved Good Records. A very small stage carpeted with Texas’ world-famous grass substitute is at the rear of this bi-level record store and is a great place to catch bands playing afternoon shows before their nighttime gigs. The store is perennially named Dallas’ best record store in year-end “best of” lists and the acts you can catch here are as diverse as the records on the shelves.

Cedars is home to artists, musicians, and other adventurous urban dwellers drawn to the wide variety of homes and excellent location just south of the city center. Among the lofts and lovingly restored homes are a number of important historical markers and sites. Chief among these is the South Side Ballroom, previously known as the Palladium. Now a part of Gilley’s next door, the venue hosts everything from pro-wrestling events to major hip hop and punk acts on its 3800 capacity mainstage.