How Climate Change is Changing Phoenix

If you’ve lived in Phoenix, it’s fairly incontrovertible to say that the summers are getting hotter. And though the idea of climate change sparks controversy across all of the U.S., there’s damning evidence from multiple studies to suggest that Arizona will feel the effects of the warming planet at a greater depth than many other American places. 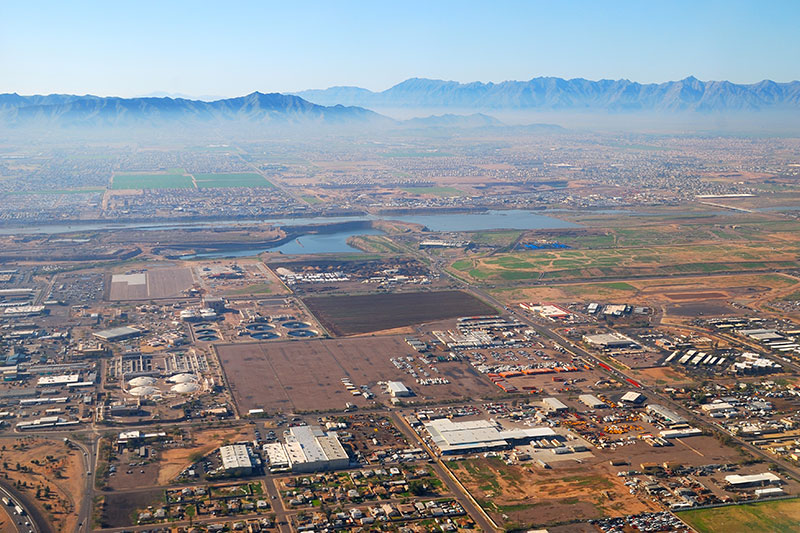 However, before you panic, Phoenix is finally taking aggressive steps in planning and combating the heat. The only question is, will it be enough?

According to The Guardian, Phoenix is not alone in overlooking and underestimating the amount of water and resources necessary to sustain their expanding population. Calling the city “overstretched,” climate researcher Jonathan Overpeck even went as far as to say Phoenix was the “the urban bullseye for global warming in North America.” The biggest issues facing the region include the Colorado River drying up and the heat island effect, where concrete jungles absorb light and radiation and emit it as heat. Considering the city has no plans to stop substantial growth, that effect is only going to get more stark.

Despite 2012 warnings from the federal Bureau of Reclamation, which said serious droughts would happen in every decade over the next 50 years, Phoenix has not yet placed water restrictions on its residents, unlike the state of California. In fact, the neighboring state is currently weighing permanent water restrictions as they dip back into the familiar territory of drought.

Although there are unending articles mentioning the climate struggles ahead for Phoenix, including some that claim the city will be uninhabitable by 2050, officials are saying “not so fast.” They point to all of the progressive enhancements and changes they’re making to infrastructure. Incorporating design changes to combat the urban heat island effect is one of many climate programs in effect, according to the LA Times. 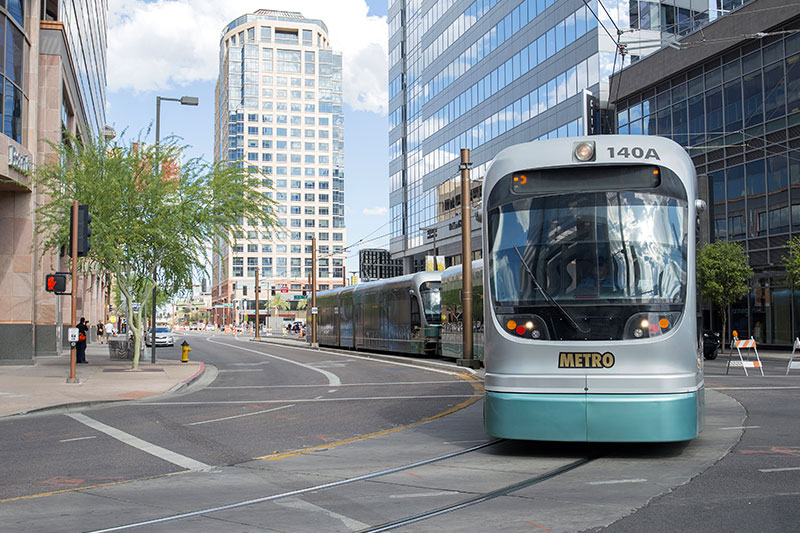 Mayor Greg Stanton told the Times that the key is to balance concern with confidence, noting if he didn’t create a certain “level of alarm,” he wouldn’t get the reaction needed to pass the policies. At the same time, he stated he didn’t want to “go too far so that you scare off investment.”

Phoenix has an ambitious goal of being carbon neutral by 2050 in a major effort to decrease greenhouse gas emissions. Having 12,000 registered riders in the bike-share program mirrors the intent of the $32 billion transportation plan which included light-rail extensions. Meanwhile, Resilient PHX will look at projects to combat climate change and coordinate the city’s participation in the countywide Heat Relief Network.

While Phoenix works toward heat reduction and better sustainability, there are also things residents can do to help engage in the process. Per Curbed, communities can get involved by contacting elected officials, supporting the growth of shade trees in your neighborhood, getting involved with neighborhood associations, and considering carpooling or biking to work.