Given its typically great weather all year round, Los Angeles is regularly included among the fittest cities in America. That weather also lends to a lot of outdoor exercise — something fitness tracking app Strava has the maps to prove, via Curbed SF. 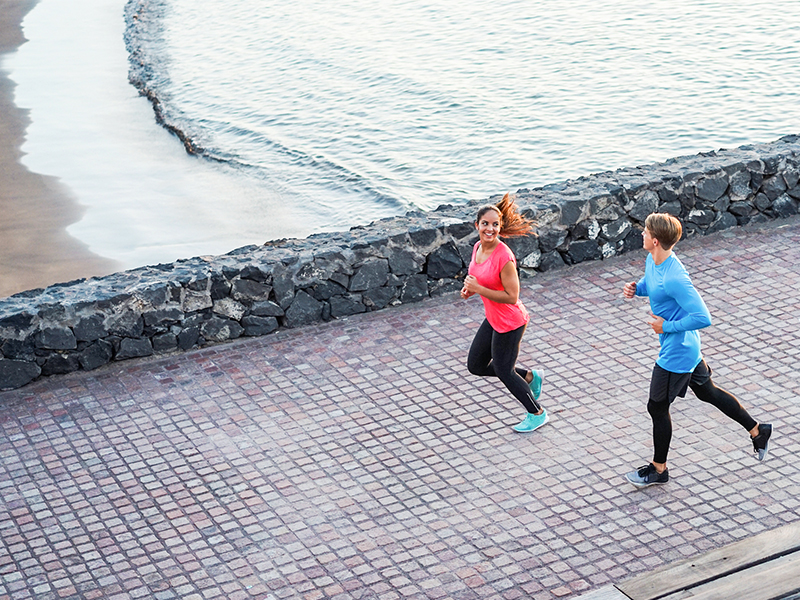 Strava highlights exercise patterns around the world and even lets users separate exercises by type — running, cycling, water activities, and snow activities (though we won’t be seeing that last one much in LA). Its heat map gets lighter the more exercise is recorded in a given area, making it easy to see where users are exercising around Los Angeles.

For runners, some of the “hottest” spots for a jog include the sand from Santa Monica down through Marina del Rey, the area around Jefferson Boulevard in Playa Vista, and the Strand stretching waterside from El Segundo down through Redondo Beach. Moving away from the Westside, Silver Lake, Griffith Park, Sunset Boulevard, and the Arroyo Seco area are all very popular as well.

LA’s favorite bike-riding routes look similar, though with a few more commuter streets thrown in there to account for those that take just two wheels to work. Chinatown, Downtown LA, and the Financial District are all pretty hot for bicyclists. Downtown Long Beach is as well.

For swimmers and surfers, it’s not very surprising that Angelenos gravitate toward the sand (and water) in Santa Monica, Venice, Manhattan Beach, and Hermosa Beach. Both Long Beach and Seal Beach also have high activity in the water along the coast. 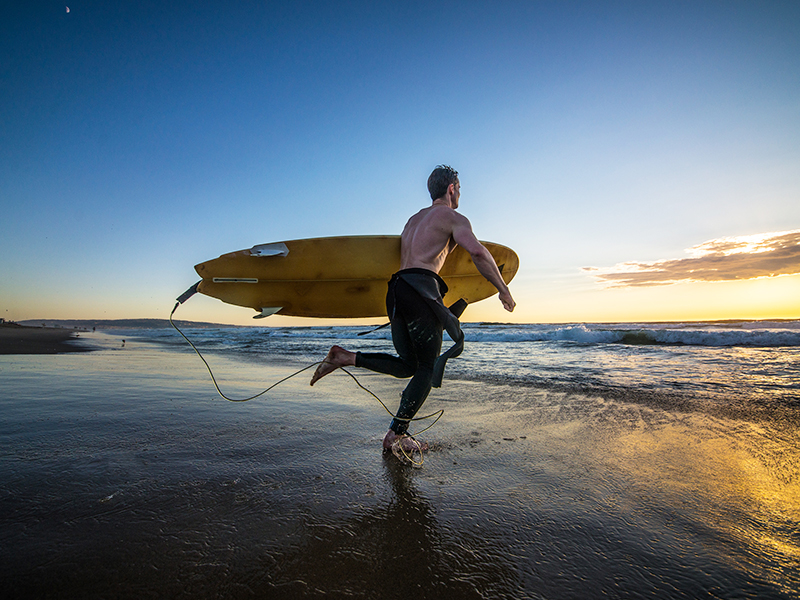 Down in Orange County, exercise is largely limited to the coastline, with additional pockets near some of the area’s larger parks, such as Irvine’s Orange County Great Park, as well as larger universities like UC-Irvine. Peters Canyon in Tustin is also one of the busier areas for joggers. In Anaheim, Disneyland is another location that comes up very hot, though you’d have to wonder if much of that activity comes from just standard foot traffic and kids running around the theme park.

None of these exercise-centric zones should necessarily be surprising for a city and greater region that’s not only highlighted for exercise on annual lists, but also certain types of exercise. Active ranked LA as the US city with the ninth-most runners per capita, at 0.6. And the LA-Long Beach-Santa Ana area is regularly counted among the top 50 swim cities in the country as well.

While the idea that “nobody bikes in LA” was once true, the region’s also slowly but surely making its way toward a lifestyle that caters more to that mode of transportation. Large-scale bike path projects are popping up all around. At some point, that will start to make a dent in the staggering number of cars the area currently puts on the road.