Since opening to the public in 2012, Klyde Warren Park in Dallas has become something of a local institution. In a city that’s famous for being inhospitable to pedestrians, the park was a welcome development for advocates of developing functional, walkable urban areas.

Initially, the engineer Tom Shelton applauded the idea of a park above the freeway but saw the project as a difficult and nearly impossible one to undertake. The idea for the park was presented as putting a "lid" over a major Dallas freeway in order to create space. After feasibility studies were conducted, Shelton's confidence in the project grew. The three-block park was to be built over a below-grade freeway, as a literal land bridge connecting Downtown to Uptown. 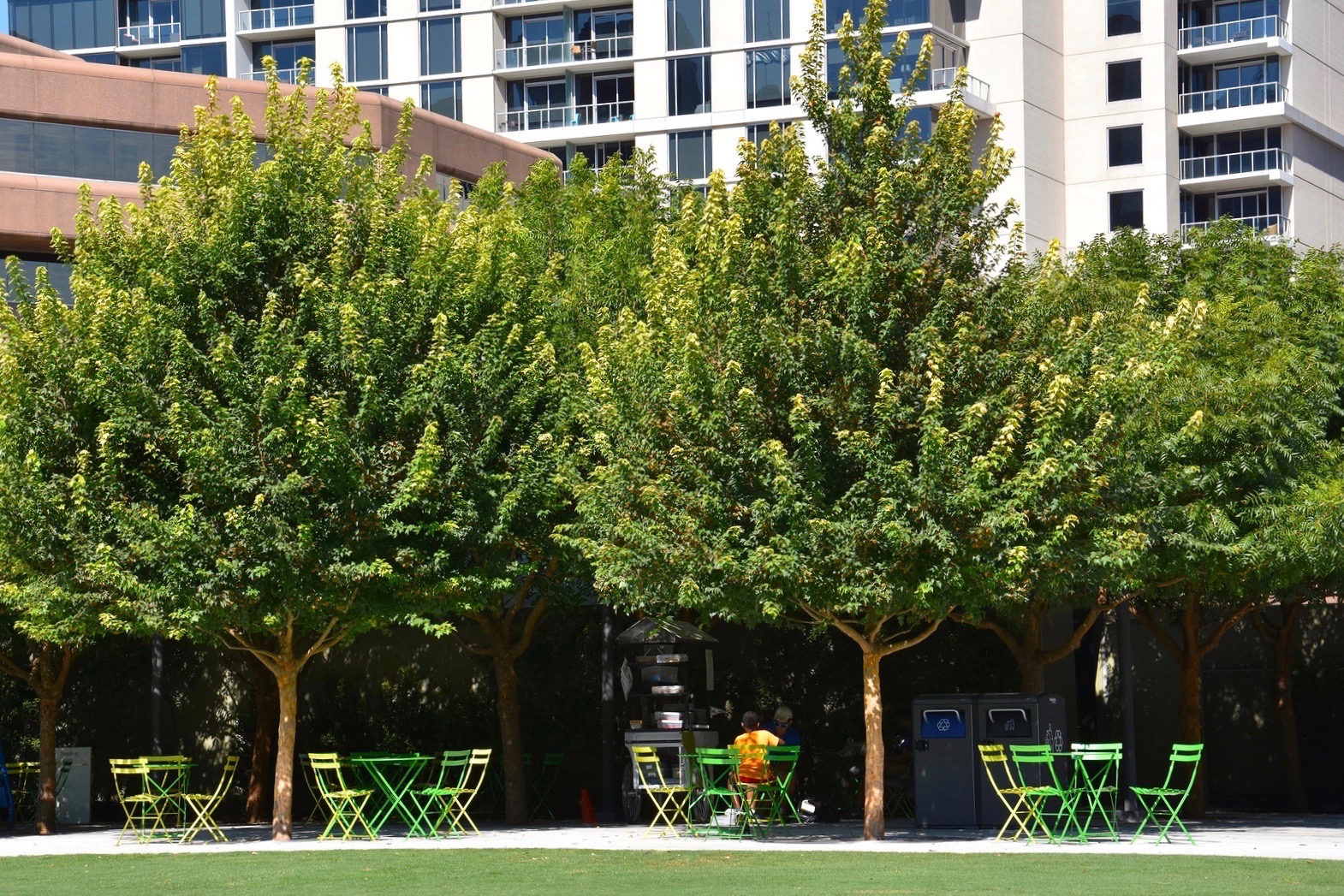 Construction of the James Burnett-designed park was supported by many groups. The park became a successful public-private partnership between the Woodall Rodgers Park Foundation, the City of Dallas, and the Texas Department of Transportation. The development of the park ended up being a tall order with unexpected expenses. In order to support the weight load above the tunnel, many factors were considered such as the weight of hundreds of mature trees, shrubs, equipment, people, and more.

Geofoam provided a lighter solution for soil where the soil wasn’t required. Shorter than normal 54-inch concrete boxes were used instead of steel beams. Though the issues with the deck were resolved in practical ways, approximately $16.7 million was needed for this expense. The $51 million of capital was designated for the park and not the deck to support it. This problem was overcome only to run into an unplanned $1.5 million expense for a 1.5-inch fireproof layer under the park, above a tunnel with vehicles passing through.

In the beginning, plans for the park were humble. As time went on, investors began asking for specific amenities. This gave way to amenities such as a performance stage, children's area, a restaurant, various garden areas, a dog park, water features, and much more. The park also provides direct access to delicious food trucks that are stationed near the park during weekday lunch times.

Now that construction has long been over, the city has been reaping the benefits of the green acreage. The park often hosts 1,300 events per year hosted by local businesses that are always well attended. The plants within the park provide relief from the city’s infamous heat. Plus, the plants help absorb toxins and dirt in the air while reducing noise from the freeway, giving local business owners and park attendees a more pleasant park experience. 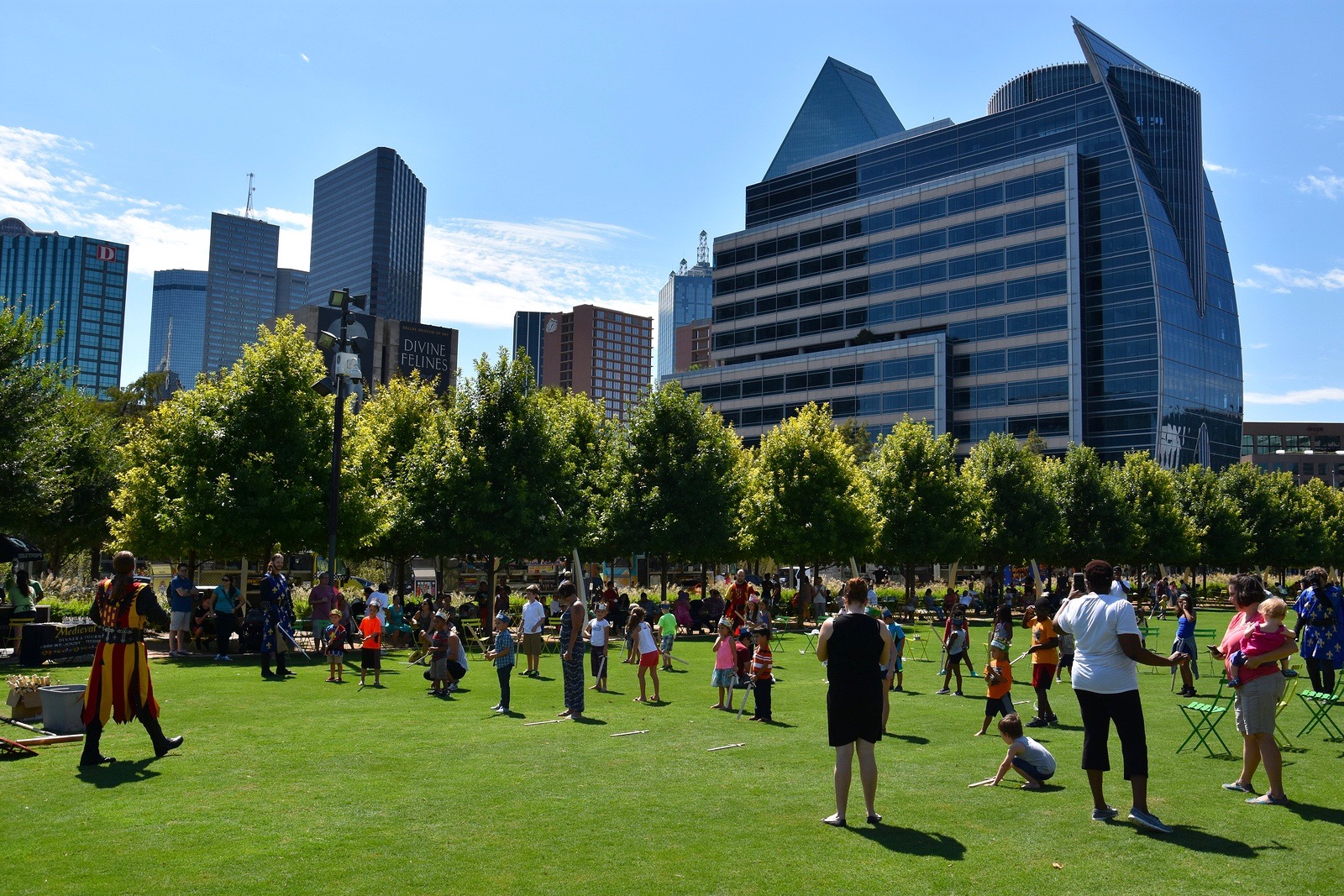 Locals feel that the park has significantly changed the scenery and feel of the area for the better. Today, it is considered a haven and the catalyst of a growing community. The Urban Land Institute’s magazine refers to Klyde Warren Park as “transformative”.

The Office of James Burnett, a California-based architecture firm, is in discussions with city leaders about a possible expansion of the park. The expansion would make the park larger, covering more of the freeway. In the meantime, Savor Gastropub, the park’s on-site restaurant, will continue to host Unplugged in the Park on the patio with local and traveling musicians each Wednesday and Sunday. Food trucks will continue to line the street adjacent to the park each afternoon.