As Nashville’s star has risen over the last decade and more and more new residents choose to call Music City home, many area neighborhoods have reinvented and revived themselves. Growing local businesses and emerging food and art scenes have transformed sleepy residential enclaves into thriving cultural centers, and neighborhoods on the outskirts of town have become popular, sought-after suburbs.

The top five best selling neighborhoods in Nashville, according to Neighborhoods.com data from over a year-long period, are geographically diverse. Every neighborhood on this list offers something different for homebuyers, but one thing is certain—each is fulfilling its potential. Gone are the days when Nashvillians would drive through an area and say, “This would be a nice place to live if...” 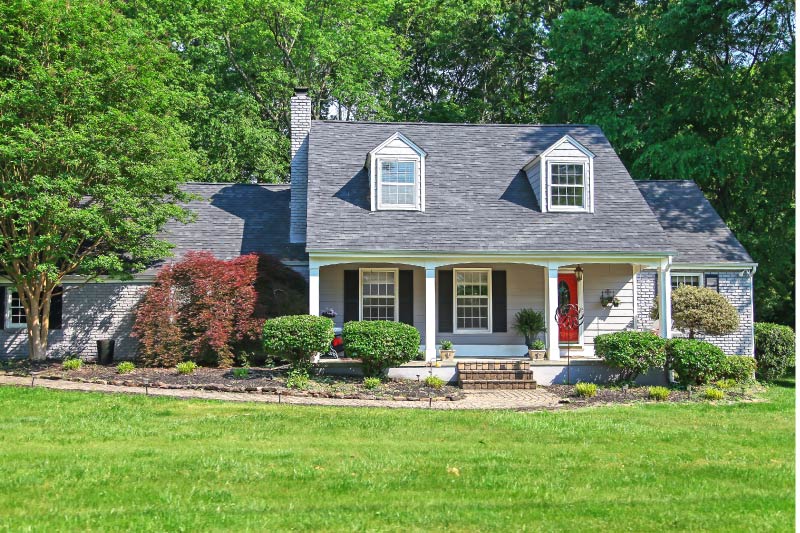 Among the most talked about emerging neighborhoods, The Nations is a buzzing former industrial area on the west side of town. Beloved for its gridded streets named after various states and wide open lots, The Nations has seen a recent explosion of restaurants, coffee shops, and breweries that have put the neighborhood on the map. A friendly rivalry between the east and west sides is alive and well in this neighborhood where residents are proud to be creating a new, distinct scene off the beaten path.

With a median sale price hovering right around the low $400s, The Nations is a reasonable alternative to nearby communities like Sylvan Park and West Meade where the median sale price sits in the low $500s and $600s, respectively.

Beloved for its suburban sprawl and close proximity to Nashville’s famed Gaylord Opryland Resort and Convention Center and massive Opry Mills shopping center, Donelson is gaining popularity among Nashvillians looking to settle down beyond the glow of city lights. With a median sale price in the mid $200s, the neighborhood is an accessible investment for first-time homebuyers. A mere 15-minute drive from Downtown, this area is preferred among residents who commute into the city's urban center for work.

Aside from the practical elements that make Donelson a great place to call home, the area is host to many family-friendly parks and activities. Two Rivers Skate Park is well known among the city’s skateboarders as one of the largest and most heavily populated skate parks in town. Also, summer crowds find nearby Wave Country an affordable and accessible option for family outings and weekend excitement.

The largest sub-neighborhood of Nashville’s east side, Inglewood is best known for its vast residential options and close proximity to the nearly 1,000-acre Shelby Bottoms Greenway. Residents can expect a more quiet neighborhood feel than what’s found in areas like nearby Five Points, but Inglewood offers just as many nearby restaurant, bar, and coffee shop options as one could ever need.

In keeping with the trends of the area, the median sale price in Inglewood sits in the mid to upper $300s and that number has seen a steady incline over the past three years. A combination of single-family homes dating as far back as 1899 and newer townhome builds, there’s no shortage of options for anyone looking to buy in this area.

Just as the name implies, Green Hills is among Nashville’s more pastoral neighborhoods. Of course, it’s best known for its upscale shopping and foodie-centric dining, but there’s no denying the rolling green hillsides that frame the landscape draw homeowners into the winding, tree-lined streets of the area’s residential corridor.

A median sale price hovering just below the $600s means that buying in Green Hills is a serious investment, but as one of Nashville’s oldest neighborhoods, the area isn’t likely to undergo transformative change anytime soon. This is a part of town known for its stability, and while no neighborhood has been unscathed by the city’s rapid development and construction, Green Hills has seen less radical change in the last five years than many of the other areas on this list.

The longtime favorite of Music City transplants and veterans alike, East Nashville is beloved because it’s ever-changing, adapting to the evolving needs and tastes of the city. It doesn’t hurt that the neighborhood is also geographically huge—this helps the area meet the exploding demand for housing within a stone’s throw of Nashville’s hottest restaurants and bars. With a median home price that sits squarely in the mid $300s, East is a great option for residents looking to put down roots in a dynamic yet accessible place.

According to data from Neighborhoods.com, home prices in the area have been rising steadily for the past three years. Data reaching back even farther would undoubtedly show an ever steeper rise over the course of a decade or more. Not unlike areas such as 12 South, Germantown, and Edgehill, East Nashville has gone from a neighborhood on the margins to the center of development with all of the positives and drawbacks that come with rapid change. This is a part of town for movers and shakers though, so the challenge of rapid growth and an influx of new residents is a task the community is up for.