What to Do in Glendale Before and After the Fiesta Bowl

This year’s Fiesta Bowl kicks off at 2 p.m. MT. While that provides some limited time to explore the surrounding area in the morning, it definitely leaves the evening available for visitors to enjoy what Glendale has to offer.

Whether you’re rooting for the Washington Huskies, Penn State Nittany Lions, or just going as a neutral fan on December 30, there’s no reason to limit your experience to the game alone.

Keeping in mind that traffic will certainly be a significant factor around the game, the following list tries to get you close to University of Phoenix Stadium in Glendale. Here’s where you can spend some time avoiding the crowds and pre-game tailgate atmosphere (if that’s your prerogative).

The holiday season runs through early January in Glendale’s historic downtown area. Take in the illuminated streets at night, and pop into the various local shops and restaurants, too. Antique shops are among the biggest draws for those feeling a bit nostalgic, but there are plenty more stores and boutiques to walk in and out of amongst the lights.

North of University of Phoenix Stadium near Casa Campana is Dubina, which has spent the last few years making some of the best beers in Glendale. Their IPAs are probably the showcase of their talents, but there’s plenty more on draft as well for those looking for something a little less hoppy. The Fall Maple Strong Ale, is a very capable display of what they can do with darker options and some adjunct flavors. 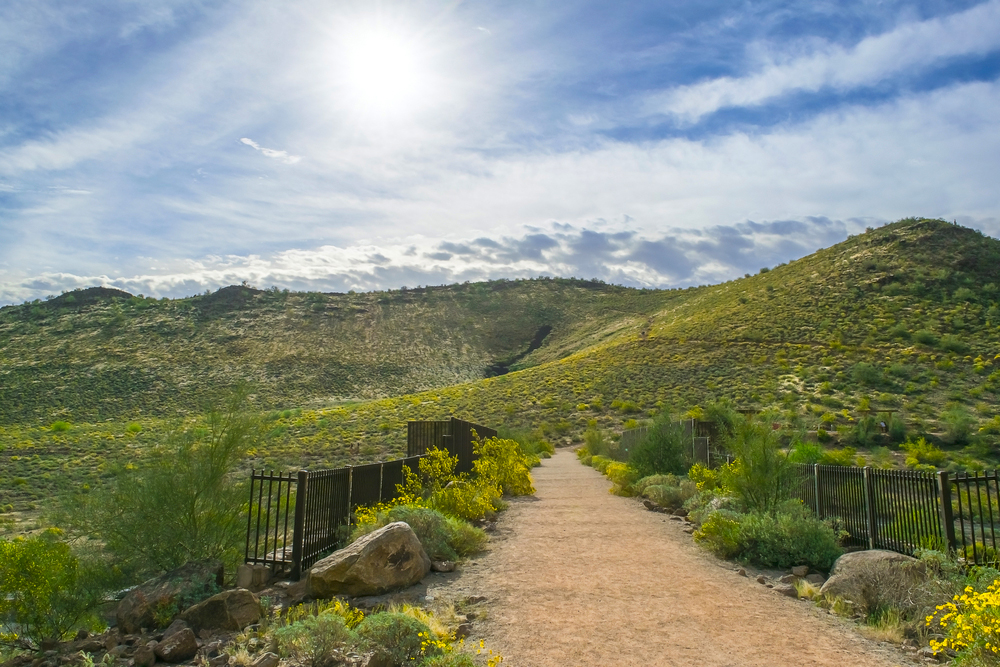 A short drive from all of the Fiesta Bowl excitement is Glendale’s large conservation park, Thunderbird. It contains nearly 1,200 acres of hiking trails and wildlife and all focused on preserving the natural desert habitat of the region. Whether walking, biking, or just picnicking, it’s an easy way to spend the early part of your day before the game.

The small, family-owned spot isn’t “just” a hot dog joint. It’s the home of some of the most adventurous dogs around. Along with the standard fixings, visitors can grab creations like the Banh Mi Dog, Who’s Reuben Dog, La Colombiana Dog, and the regional classic Sonoran Dog. It’s grab-and-go if you’d like, but one look at these hulking hot dogs might make you second-guess trying to eat this in your rental car.

Built in the late 1890s, the ranch is a time capsule to a period before Arizona was a state. The site features a garage, barn, office, and a house, which can all be toured by appointment in advance. The grounds also feature a collection of different types of palm trees (11 in all).

Over at the Peoria location of Winery 101, you can take in various wine flights (white, red, or sweet). The tasting room is an open and friendly atmosphere that’s kid-friendly and family owned. If you just want to stop in for a quick taste, there’s also plenty of bottles to take home. Or you can join their wine club on your way out the door.

The Glendale Main Library isn’t just for books. Inside, you’ll also find the Xeriscape Botanical Garden, featuring over 400 species of plants — most of the low water-use variety and largely native to the local area. Conservation-themed is also scattered throughout the garden. There’s also a rain garden, cactus garden, tree trail, and animal life that also calls the site home. 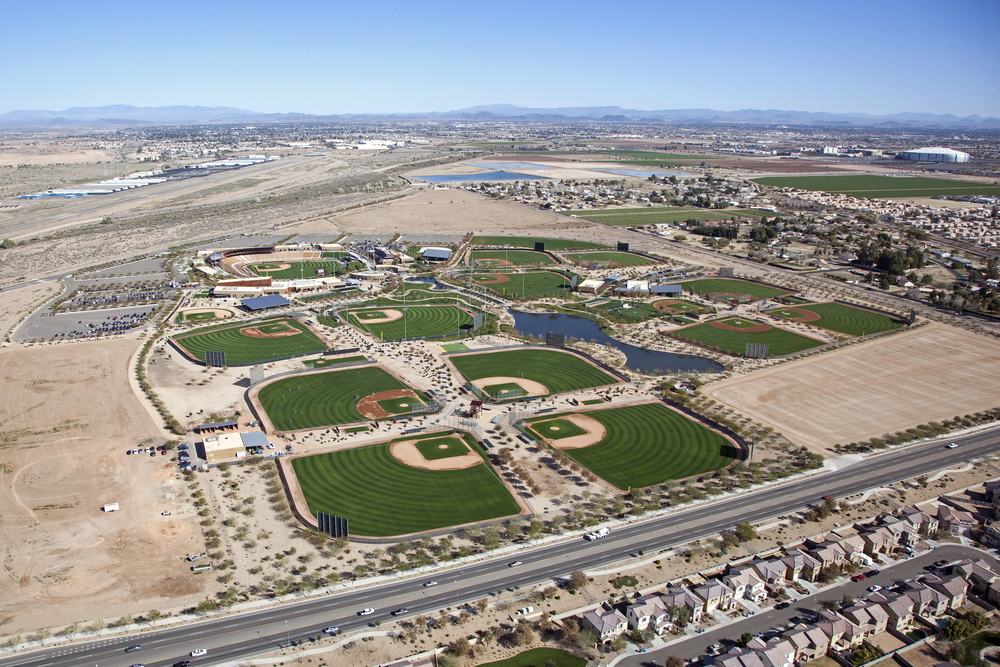 Pitchers and catchers don’t report until February, but the Los Angeles Dodgers’ and Chicago White Sox’s shared spring training facility is still a cool look at baseball up close. In all, there are 14 baseball fields on the site, plus water features, a walk-of-fame, and even a lake on-site. There won’t be the same energy there in the offseason, obviously, but it's worth a trip over for those that can’t make it back come March. 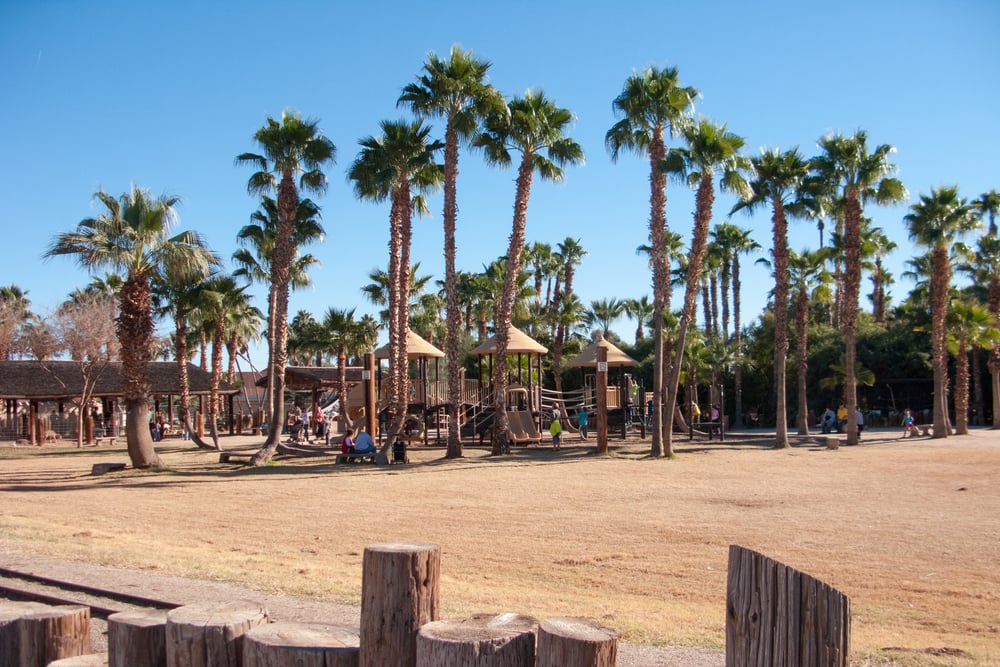 Over in nearby Litchfield Park is Arizona’s largest collection of exotic wildlife. With endangered species, various feeding exhibits (giraffes, parrots, stingrays), and plenty of kids activities too, there’s plenty to see in any part of the park. You can also take a boat ride through some of the habitats, or take in the safari to see cheetahs up close.

Snowbirds love Arizona’s golf scene for good reason. And while Glendale has plenty of private clubs, public courses like the 500 Club are where visitors can get in a quick nine or 18 holes before kickoff. Whether you’re a beginner or a seasoned pro, the 500 Club accommodates all levels of golfers on its scenic grounds just North of the stadium.