5 Great Places to Live Around Houston

Houston is the most populous city in the state of Texas and the fourth largest in the United States. To accommodate such a large and growing population, developers have been diligently building new communities. While there are innumerable great communities around Houston to live in, here are a few that stand out.

Pearland offers an extremely tight-knit atmosphere while still being one of the fastest growing areas around Houston, with a population that has grown from 19,000 to nearly 100,000 in the last two decades. Many people are interested in living in Pearland because of its well-regarded schools, beautiful homes, and its proximity to Houston. It is also among the few cities that have an unemployment rate of below 5%. According to the recent statistics, the community is on its way to establishing substantial employment opportunities in the vast Houston area.

Some of the master-planned communities in Pearland include Shadow Creek Ranch, Southern Trails, and Silverlake.

Stafford is unique from other communities in that it does not impose a property tax on its residents. As a result of the vibrant business opportunities therein, many people have referred to it as an "Island of business opportunities." The Wall Street Journal once termed it as "a Shangri-La for property owner." There are several educational facilities in this community, including both primary and post-secondary schools. The most notable is the Stafford campus of Houston Community College. Also, this is the only city that has a municipal school district in Texas.

The Woodlands is one of the most sought-after master-planned communities in the Houston area. The social life in this community is impressive. Not only are there numerous clubs and groups to join, there are also frequent block parties. One of the newer and larger communities in all of Texas, its growth has been spurred by the entry of ExxonMobil to the local economy. The community also boasts some beautiful greenspace and tree-lined streets. This community has a true sense of beauty and serenity.

This community is popularly known for its recreation facilities, especially its outdoor opportunities. League City has four marinas and is ranked third in the country when it comes to the concentration of recreational boats. This community is not only ideal for boaters; golfers also enjoy three superb courses. Also, there are about 20 parks for nature lovers. Heritage Park has been referred to by many as a perfect place for relaxing, especially for those who love seeking solace in calm, natural surroundings. There are also two museums, including West Bay School Children's Museum and Butler Longhorn Museum. League City is also home to some of the area’s most well-know master-planned communities, including Tuscan Lakes and Mar Bella. 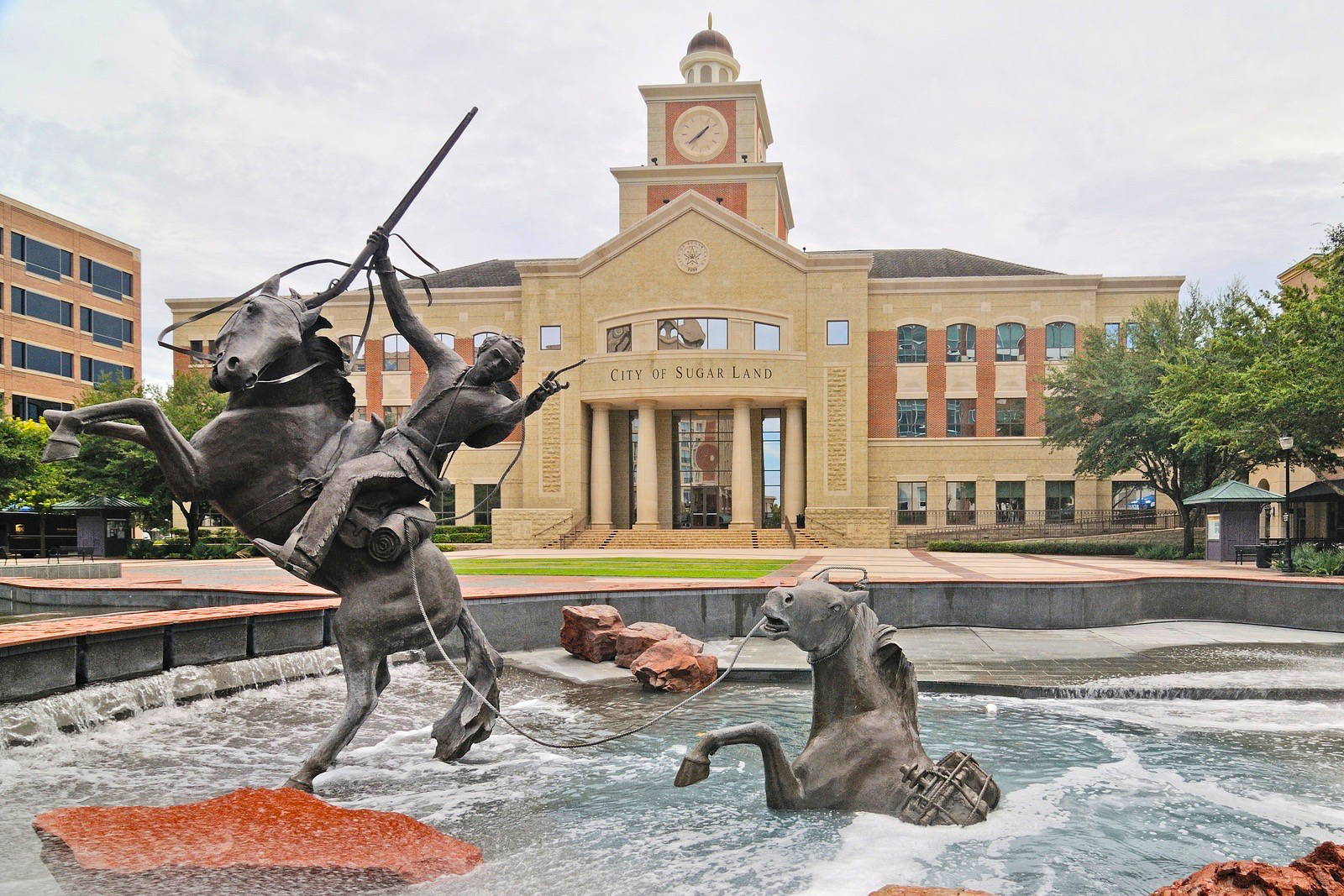 Sugar Land attracts many people because of the short commute to Houston where most of its residents work as well as their beautiful homes and abundant activities. Sugar Land hosts several festivals, concerts, and events annually. Sugar Land is also relentlessly green, featuring hundreds of acres of open space. The construction of Ace Center is deemed to boost business in the city. Other amenities at Sugar Land include the Mamie Branch of Fort Bend County Libraries. Those looking to call Sugar Land home will have everything they need in the Riverstone master-planned community, which hosts three recreation centers, tennis courts, and 20 miles of nature trails.

//static.neighborhoods.com/blog/media/houstonhero-1420eb6ebe20ae10eced4e5a46efa848.jpg500px1400pxblock party
Back to Homepage