Chicago is a burgeoning technology hub. Just in the month of August, tech companies in the city raised approximately $180.5 million, according to Chicago Inno. The city is a serious contender for Amazon’s highly sought-after second campus, and Chicago wants to land a new location from Apple. Plus, Facebook and Google are expanding their presence in the city. While those big name tech giants make their mark in Chicago, a number of other technology-focused projects are moving forward in the city and the surrounding suburbs.

Innovation Center in the South Loop

The University of Illinois is heading up the development of the Discovery Partners Institute in the South Loop. The project, designed to serve as an academic research hub for big data, agriculture, food, and more, is being led by University of Illinois professor William H. Sanders, according to the Chicago Tribune. When complete, the facility could be “a magnet for entrepreneurs and venture capitalists, for inventors and investors, from across the state and nation, while creating hundreds of new companies and educating thousands of new pioneering innovators,” according to the Discovery Partners Institute.

The South Loop could attract even more tech talent with “The 78.” This project from Related Midwest could include as much as 1.2 million square feet of office space, according to Crain’s Chicago Business. The Discovery Partners Institute will be located right along the border of this 62-acre development. 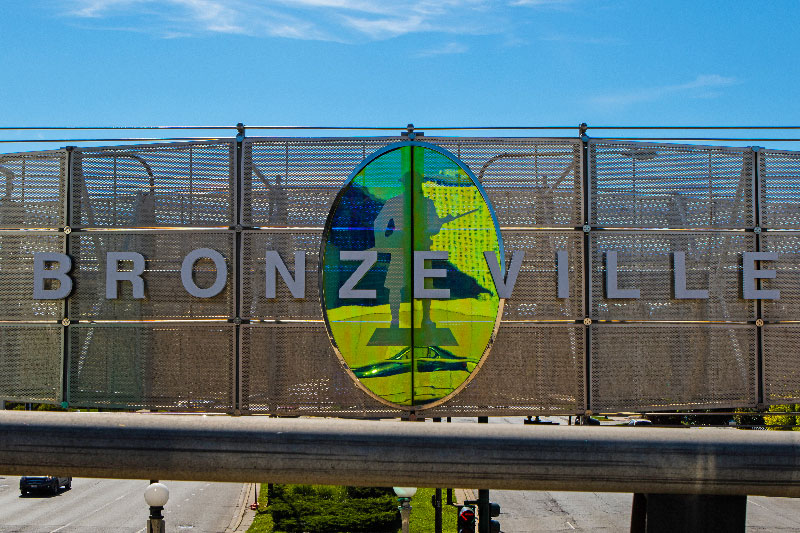 Two years ago, the nonprofit Community Development Partnership announced plans to transform Bronzeville into an innovative technology district, according to Energy News. Now, plans for the project are moving forward. ComEd and Illinois Institute of Technology (IIT) are leading a microgrid initiative in the neighborhood.

Renaissance Collaborative, an affordable housing complex, is in the process of creating a community solar system. The solar panels are designed to be a “smartflower,” a system that will open in the morning and track sunlight throughout the day, according to another Energy News report.

Energy News reports IIT is also opening the Kaplan Innovation and Entrepreneurship Center in the neighborhood. The facility will host educational sessions for professionals and students in the technology industry.

According to Energy News, at an event updating the community on the project, Howard Tullman, director of IIT’s new innovation institute, said:

We are the only tech-centric university in the city, and we are really in the heart of the city. Building this project here was really important because we are going to be training people for careers that don’t exist yet, using technology that we will invent here. It will address problems that we think we understand, but also problems that we don’t yet know.

Elk Grove Village is the future site of a $1 billion technology park. Elk Grove Technology Park is being planned for the 85-acre Busse Farm located between East Higgins Road and Oakton Street. The project broke ground this summer, according to the Daily Herald. The technology park could include 1.2 million square feet of space split between nine buildings, according to the report.

The project has backing from Gov. Bruce Rauner, as well as U.S. Rep. Brad Schneider and state Rep. Tom Morrison, according to the report. Michael Brennan, chairman of the project’s developer Brennan Investment Group, sees the project attracting jobs to the state.

"We've been gratified with the volume and wide range of interest in the property," he told the Herald.

Salesforce could be looking to add 500,000 square feet of office space and thousands of jobs to its existing Chicago footprint by becoming the anchor tenant of a new tower being built in River North, according to Built In Chicago. The tower, Wolf Point South, could stand as high as 950 feet. Salesforce already has a large River North Office and employs 1,000 people in the city, according to the report.

A smaller scale technology project held a dedication ceremony at Navy Pier in Streeterville. The 4,000-square-foot Peoples Energy Pavilion was dedicated on Sept. 20, according to Chicago Citizens Newspaper. The $5 million pavilion, designed by Gensler and funded by People’s Gas, is focused on environmental sustainability and features an energy-saving green roof and low-flow plumbing.