Within the last decade, a new trend in housing development has emerged in the United States. The term “agrihood” may not be widely known, but the idea responds to many recent concerns.

Today, more and more people are mindful of environmental issues. There are efforts to reduce how much water we waste, how much garbage we create, and even how synthetic our foods have become. Also, the digital age is sparking a hunger for more greenspaces and social connection. In response to these problems, agrihoods are a potential solution.

Returning to Our Roots 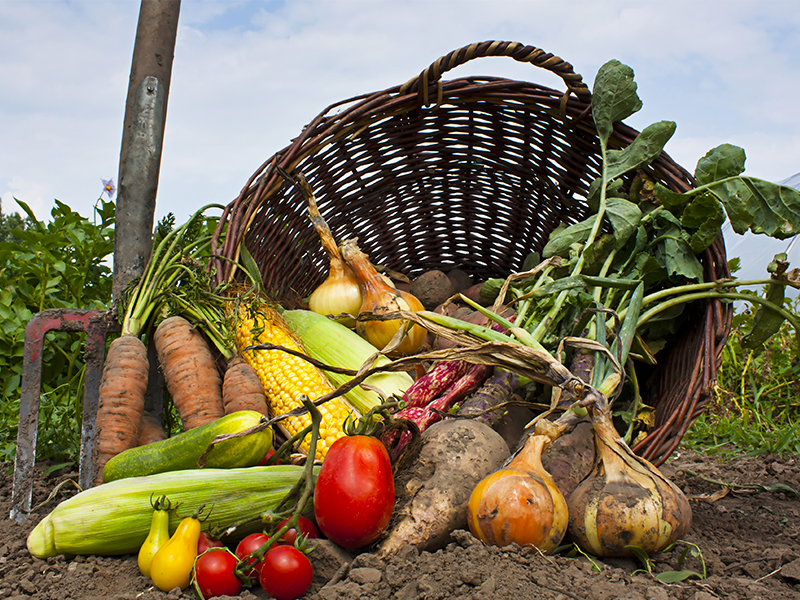 As noted in a Civil Eats article by Julia Travers, the term “agrihood” is loosely defined and continuing to evolve. Simply put, an agrihood is a housing development centered around community farming.

Agrihoods can be in rural, suburban, or even urban spaces with housing built around repurposed land or existing farmland. The presence of greenspaces, such as a community garden, can provide food, generate employment opportunities, increase social recreation, and even promote neighborhood growth.

“Over the last four years, we’ve grown from an urban garden that provides fresh produce for our residents to a diverse, agricultural campus that has helped sustain the neighborhood, attracted new residents and area investment,” Tyson Gersh, president and co-founder of the MUFI, said in a 2016 press release.

Annually, this agrihood provides fresh, free produce to roughly 2,000 households within two square miles, giving the residents a strong connection to the sourcing and handling of their own food.

“Rather than a cookie-cutter approach to master planning, we immerse ourselves in the local market to create specific amenities and a community that best expresses [residents’] interests and wellbeing,” Freehold Communities Southeast Division President Andy Smith told Neighborhoods.com.

As one of the largest new agrihoods in the U.S., Miralon stretches across 309 acres with its most prominent accomplishment being the transformation of an 18-hole golf course into an olive grove and community farms.

“Our vision is to reintroduce the tradition of fresh food into a modern residential development,” Smith said. “The farm also becomes a meeting place for residents to gather and socialize.”

It may seem counterintuitive that certain communities are returning to a mild form of subsistence farming, which the United States discarded over the course of a few centuries, but there is something significant in this change. Modern homeowners, especially families, desire authentic experiences.

In 2014, an article published by National Geographic took an in-depth look at the emerging concept of agrihoods and why these communities are so appealing to modern homebuyers. Both rural and urban environments can be isolating in their own ways, and agrihoods provide an incentive for “people to meet over food and agriculture.”

Additionally, some agrihoods include distinct home design to further encourage communal living. Freehold Communities builds houses which feature a merging of home and open space. “The individual lots are larger than the typical residential lots in the area,” said Smith. “We require front porches on most houses to create a front-porch living lifestyle so that people can live out of the front and back of their homes.”

People are becoming increasingly detached from meal production and preparation, but food has always been a means of congregation. Agrihoods not only place consumption of fresh food at the center of daily activity, they also satisfy a natural craving for connection within a collective community. 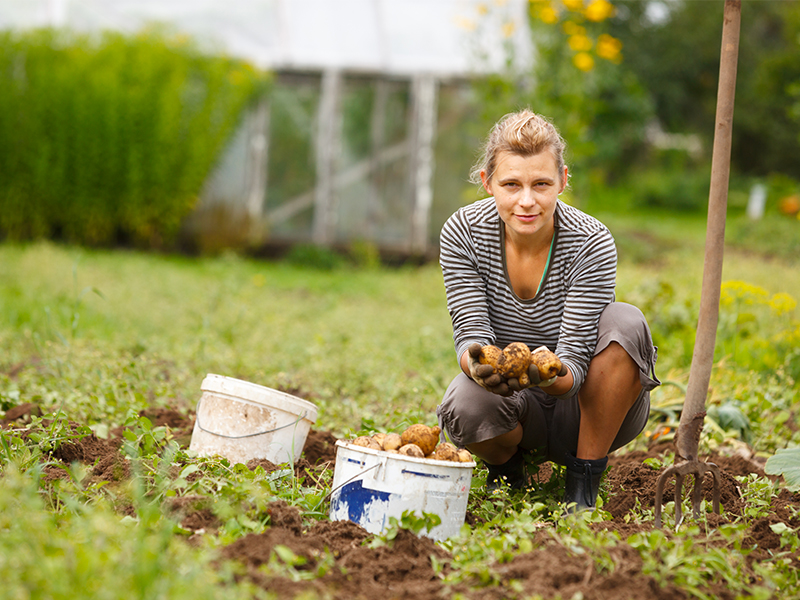 While agrihoods are certainly a step in the right direction of the farm-to-table movement, a community garden requires diligence and dedication.

“The biggest challenge is sustainability,” Smith said when asked about the obstacles agrihoods face. “Most agrihoods are set up as a membership fee to use the facility and share in the crops.”

Like farms, agrihoods are subject to growing seasons, relying on spring planting and autumn harvests. Yet above all, sustaining an agrihood is reliant on familiarizing non-farmer residents with agriculture, requiring patience and hands-on learning. But this learning is beneficial for everyone involved.

“In addition to health benefits, they [agrihoods] offer the ability to understand the process of farming from seed-to-table,” said Smith. “We’ve found that this also serves as a valuable education program for children who can learn to eat what they grow and understand the real source of fruits and vegetables.”

The neighborhood-farm experience can make residents better-educated food consumers and producers. If agrihoods continue growing and encouraging innovation in healthy-living, we may just spark a food and community revolution by returning to our roots.