There are plenty of factors that led to the Golden State Warriors returning to the NBA Finals for the third consecutive year. Draymond Green dished out the assists. Klay Thompson served up plenty of three-pointers. Kevin Durant brought his five-star talent with him. And of course, there’s the best Curry in the business.

The Warriors are looking to win their second NBA Championship in three seasons when they open the Finals against LeBron James and the Cleveland Cavaliers. They’re also looking for a little bit of revenge since the Cavs defeated Golden State last year after coming back from a 3-1 deficit in the best-of-seven series.

In celebration, Warriors fans are sure to pack Bay Area bars from Oakland to San Francisco to Berkeley and beyond. Now, sports fans are known for their odd superstitions. Some fans refuse to shave or even change their socks during a playoff run. One unique tradition that Golden State fans might want to consider doing is enjoying some curry while cheering on their Curry.

If that’s the case, Neighborhoods.com has got you covered. We scoured the Bay Area to find the very best curries around. There’s something for every Warriors fan, whether you want upscale Indian fare or casual cuisine.

Just about every local paper and food reviewer has praised Ajanta over the years, and Zagat even included it in their list of the best restaurants in Berkeley. The menu is ever-evolving but there are lots of dependable favorites as well. The Chicken Butter Masala comes highly recommended.

No. 1 on CityVoter’s list of Best Indian Restaurants for three years running, customers rave about this hidden Bay Area gem. This family-run place sources ingredients locally and boasts a menu full of meat and vegetarian options. Try the Goat Curry, if that’s your thing.

If you’re looking for a curry that comes with more of an upscale vibe, consider this San Francisco hotspot. Featuring a Cal-Indian cuisine, this chic space offers a new spin on old classics. The Paneer Curry comes up as a favorite amongst reviewers.

One of the trendiest Indian restaurants in the area, Babu Ji is a NYC export that strives to focus on a menu that “spans Indian street food, cross regional curries and tandoori specialties.” Travel & Leisure named their Tasting Menu Curry Sampler one of the 34 Best Dishes in the U.S.

There’s actually five locations of this food truck-turned-restaurant (with a sixth on the way), but it’s a good reason to go to Oakland. The Instagram-friendly cuisine looks as good as it tastes, but everything on the menu is pretty affordable. Consider the curry burrito for something different.

It was eventual that a fast-casual Indian restaurant would open and Dabba has done it pretty well so far. They certainly play it fast and loose with the cuisine, peppering in things like curry popcorn and quinoa salad, but purists will get the flavors they’re seeking as well.

Of their two locations, the Fillmore restaurant is considered the nicer and trendier one. Either way, you’ll find one of San Francisco’s mainstays in contemporary Indian cuisine waiting for you inside the door. The menu is full of winning dishes, but the coconut milk-based prawn malai curry is highly recommended.

Another food truck-turned-restaurant, DUM is a casual dining spot perfect for diners looking for “superfresh, produce-driven dishes.” A mixture of family recipes and fresh perspective, the menu is full of intriguing options, including some great cocktails. We suggest the Seafood Curry. 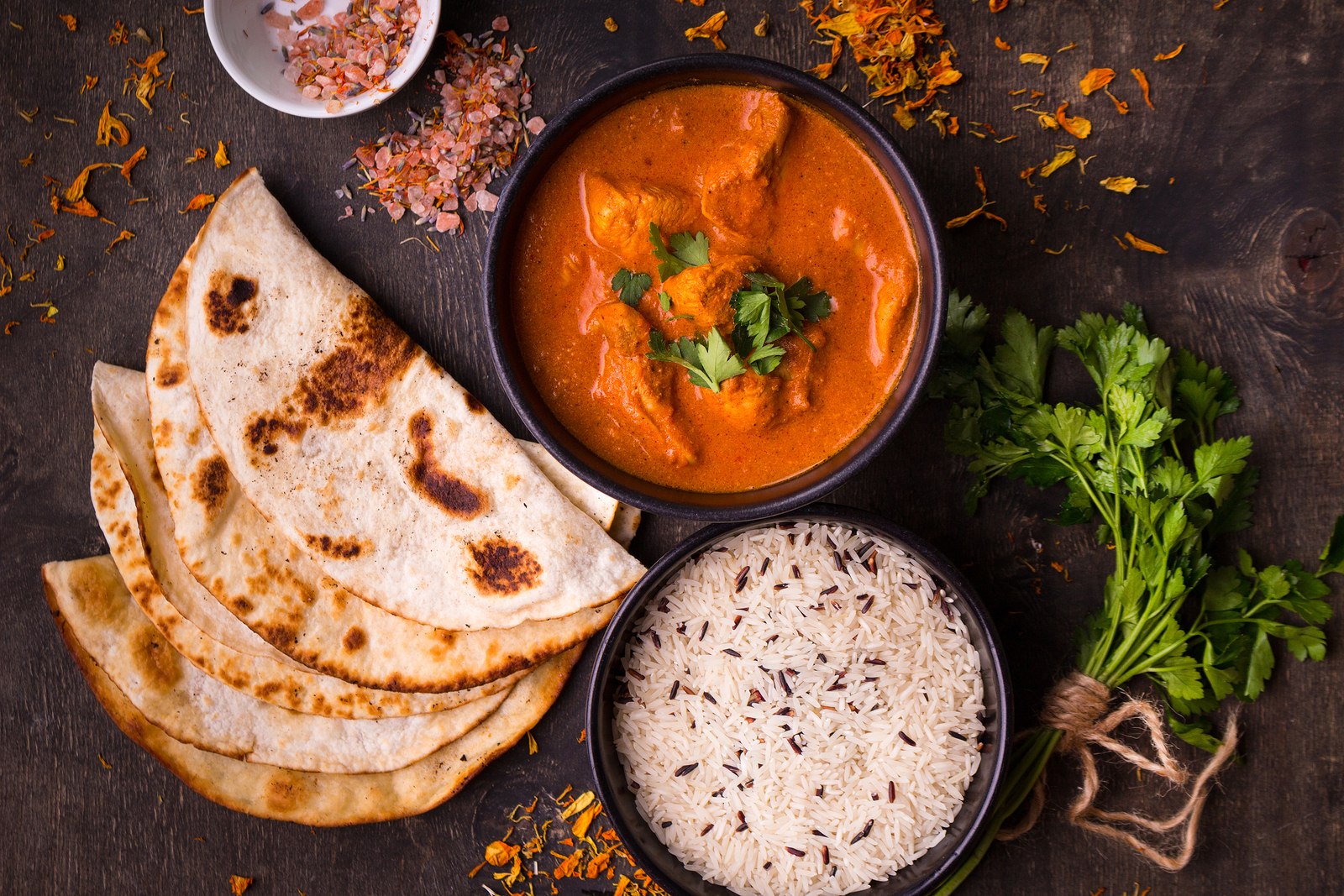 Perhaps best appreciated for their momo dumplings, this Berkeley institution spreads its focus across several cuisines. Go for the pumpkin curry, if for no other reason than pumpkins are one of the vegetables that the family-owned restaurant grows themselves, so you know it’s fresh.

Chances are, if you’re going to call your place House of Curries, it’s probably gonna make the list. This Berkeley respite for students looking for brain food and a break, HoC is a great place for a free chai and good conversation over your curry. The chicken tikka masala comes recommended.

The paradox in question is the issue that comes up when trying to pair Indian food with wine. Not only does this San Francisco spot make it happen, they take it one step further and pair wine with Indian street food. It’s not curry but the sundal, a flavorful chickpea salad, hits the same notes.

Top Chef completists will want to head to Oakland to try former contestant Preeti Mistry’s restaurant, which is full of unique pairings and bold flavors. The menu takes bold risks mixing sliders, waffles, and a take on Cracker Jacks into the mix. The coriander-shrimp curry might be the go-to dish to try.

Those in need of a late-night fix should look to this San Francisco hole-in-the-wall (open until 1 a.m.). As the name suggests, they focus on kebabs but they also have a strong selection of curries, naans, and other Indian classics. The Kabab Masala seems like a house favorite.

This Marin County mainstay is all about contemporary North Indian cuisine with a strong selection of vegan, vegetarian, and gluten-free options. They also put a lot of effort into energy efficiency and local sourcing. The Paneer Tikka Masala, featuring homemade and organic cheese, is worth trying.

This International Boulevard hole-in-the-wall in Oakland won’t pack a crowd. It’s a kitchen and three tables. But those three tables and great Indian food is all they need. The bindhi masala is a standout, but with whichever curry you order, you’ll get a chance to test the spice level before it’s served.

This Pakistani restaurant also boasts an impressive Indian menu, complete with meat and vegetarian curries, kebabs, and over a dozen types of naan. It doesn’t hurt that the interior is warm, inviting, and comfortable as well. The Machli Masala and Chicken Tikka Masala are standouts.

“Burlingame’s Rasa is the Bay Area’s best Indian restaurant,” raved the SF Chronicle in 2016. With a focus on Southern Indian cuisine, they pair traditional recipes with a local sensibility to create something distinct. Expect to see the Bombay sliders and English pea curry on most tables.

This San Fran staple shows up on most ‘Best Of’ lists and with good reason. They focus on South Indian vegetarian cuisine and they are very good at it. Start with the South Indian Thali sampler, which includes various curries, soup, and dessert. There are also two-foot-long dosas if you’ve got room.

Chaat literally translates as “to lick,” but it’s known as a name for Indian street food. The idea of snacks and street food is at the heart of most dishes here. The Weekday Lunch Special might be the best way to get started. It’s “what you would eat if you were visiting our home in India.” 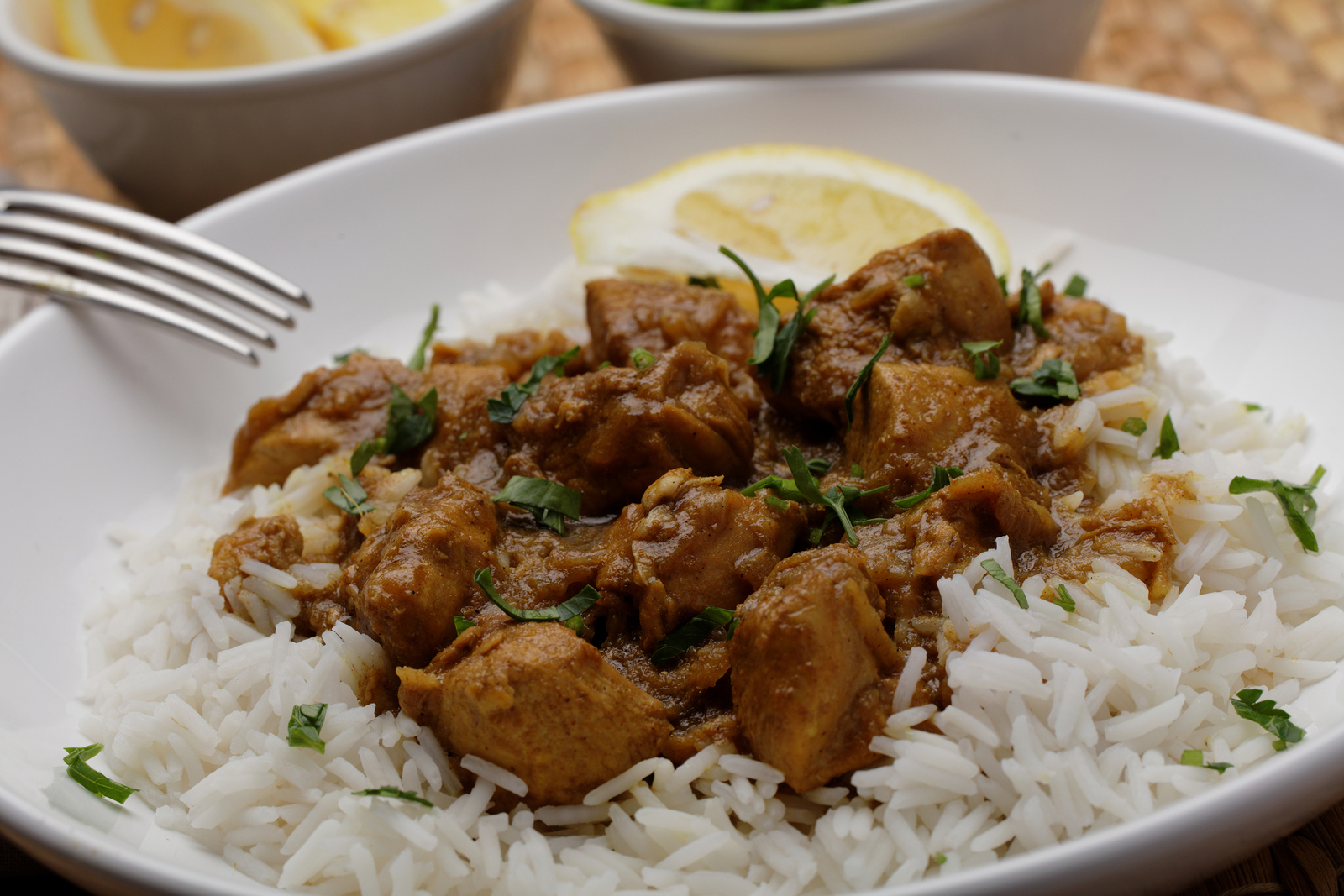 If you live in San Francisco’s Marina District and you order Indian takeout, you’ve probably ordered from here. The focus is on Goan cuisine, which features a lot of seafood and coconut. It’s a region best known for vindaloo and wouldn’t you know it, that’s the best dish to order here.