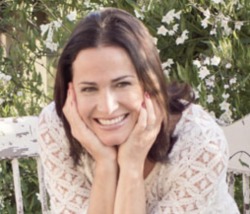 Once considered by the masses as a military town merely meant for passing between San Diego and Los Angeles, Oceanside is now a legitimate destination in California that transformed from a sleepy town into a modern coastal city.

About 50 miles closer to San Diego than it is to Los Angeles, this North County town forms a tri-city area with Vista and Carlsbad. Oceanside’s history is as rich as its culture and as vast as its sandy beaches.

The opening of the new Small Craft Harbor in 1963 brought with it an unbridled enthusiasm from the local community. The Harbor Days event, which featured log-rolling, races, and fireworks, originated during this time. Today, this free public event features arts and craft exhibits, family-friendly activities, entertainment, and food. However, much like many historic towns, Oceanside has seen its ups and downs.

Initial hiccups came in the form of development snafus. In 1966, Oceanside’s historic Colonial Inn was torn down with the intention of replacing it with stores, apartments, offices, and a convention center complex. Instead, this land stood vacant for over three decades. Business owners from other retail stores abandoned their Downtown Oceanside spots to be a part of this promising new shopping area. Unfortunately, the result was empty storefronts that were ultimately filled with military surplus stores, barber shops, and tattoo parlors.

The Vietnam and Korean Wars also had some lasting negative impacts on Oceanside, as its close proximity to the military base Camp Pendleton—the largest U.S. marine base in the world—meant protests and general unrest in the downtown area. The marine base also created more demand for more housing and municipal services due to more service-connected families moving into the area.

During the 1960s, Oceanside went through major changes and growth. Some likely thought Oceanside wouldn’t survive these events but, much like its people, this town is nothing if not resilient. In fact, these days, the biggest problem you might experience in Oceanside is finding a parking spot.

From its weekly farmers market and unrivaled craft beer scene to concerts and movies on balmy summer nights at the Oceanside Pier Amphitheater and Old Mission San Luis de Francia, this sleepy little town has transformed into a thriving coastal city, and homebuyers are noticing.

Oceanside is now a true culinary and craft beer hub. Whether you’re looking to hangout with friends at a local bar or you need a seaside brunch spot for you and your family, O-Side (as the locals call it), has a wide selection of top-notch options. In the city that’s filled with restaurants, cafes, bars, and shops, Downtown Oceanside is a popular neighborhood; most hotspots can be found down North Coast Highway and South Coast Highway.

If you’re looking for panoramic ocean views while dining on milkshakes, cheeseburgers, and tuna melts, then Ruby’s Diner is a great local spot. This family-friendly two-story diner not only offers great views of the Pacific Ocean, but also provides a classic Southern California experience right on the Oceanside Pier.

And for something  a bit more refined yet still laid-back, Local Tap House (LTH for those in the know) is a popular option. Their ingenious craft cocktail creations are almost as unique as their classic American fare.

When it comes to the emerging craft brewery scene, Oceanside is anything but ordinary. Barrel Republic is one of the original self-pour establishments, allowing guests to choose from over 40 beers and eight wines on tap. The only problem you might have is choosing what you want to drink.

Located in the former home of Continental Motors and BMW Oceanside, Bagby Beer Co. has set the O-side brewery scene on fire. The brewery is located in the former BMW maintenance garage, and the former showroom was transformed into the main bar area. With an eclectic menu consisting of pizza and short rib tacos as well as English-style bitters and Bohemian-style pilsners, this dog-friendly brewery is a local staple in Oceanside.

Oceanside is also home to numerous top-rated schools. Many of the public schools in town fall within the highly rated Carlsbad Unified School District, which has won various awards for its quality education programs. Some of the schools in the district that serve Oceanside communities include Carlsbad High School, Hope Elementary School, and Sage Creek High School, which have all earned top ratings from GreatSchools.

As Oceanside has transformed over the years, more homebuyers are flocking to this part of Southern California, and for good reason. It’s relatively affordable when compared to other cities like Los Angeles or San Francisco.

Homebuyers can find a variety of neighborhoods throughout Oceanside; some closer to the beach and others more inland. Coastal neighborhoods like The Strand, North Coast Village, Seacliff, and Downtown Oceanside consist of lavish homes with median sale prices well over $500,000. Not only are these properties luxurious, they also offer homeowners close proximity to sandy beaches and views of the Pacific Ocean.

Homebuyers looking for something a bit more affordable can move farther inland to communities like the Ocean Hills, Rancho Del Oro, or Oceana where smaller homes are available for under $500,000.

Although a few neighborhoods like Downtown Oceanside, Eastside Capistrano, and South Oceanside are walkable areas, Oceanside has a fairly low walkscore, making it a car-dependent city.

And while Oceanside is evolving, its easy-going vibe seems to be constant. Longtime resident Jill Kraatz says, “Having lived here for the past 23 years, it has been great to see all of the positive transformations that Oceanside has made. It’s cleaner, safer, and a haven for great food. One thing that hasn’t changed is the laid-back vibe of the people. Oceansiders have always been down-to-earth. Hopefully that will never change.”