Although there was an increase in the Valley-wide median home sales price that spiked from $290,000 to $300,000, the housing market still saw a drop in home sales by the end of the year, and thousands of homes in Las Vegas didn’t get offers back in November. While this may sound like bad news, it really isn’t as bad as it appears because there has been an increase in the number of homes for sale across Las Vegas, according to the Las Vegas Review Journal. This means homebuyers have more real estate choices going into 2019.

With more new communities and major developments happening in Las Vegas, homebuyers will have plenty of options to choose from in this market. Here’s what you need to know about the latest real estate developments in Las Vegas. 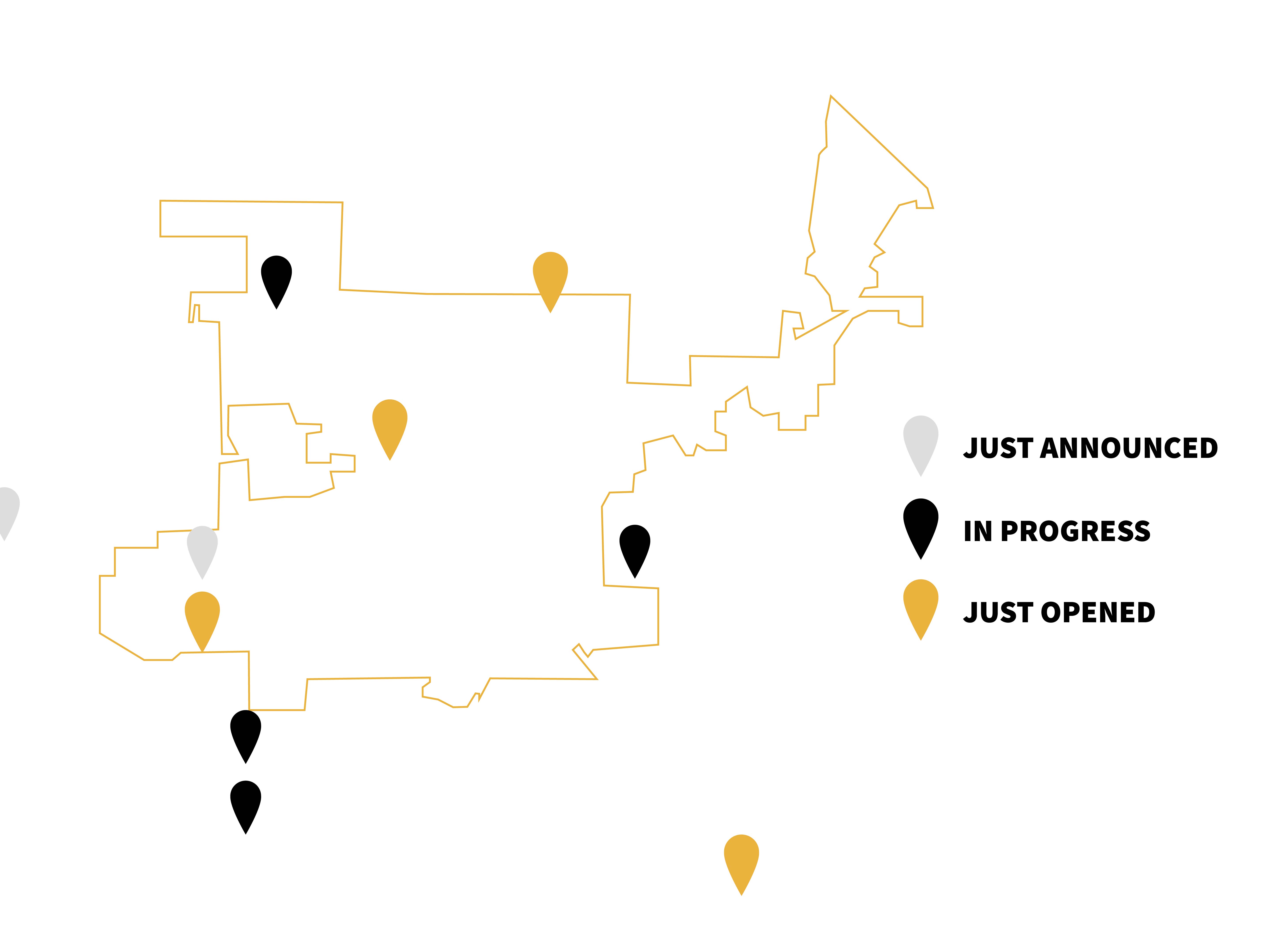 In Summerlin, Toll Brothers recently announced several new home collections within its gated Mesa Ridge development. This is the builder’s newest development within Summerlin, which is situated along the Spring Mountain ridgeline.

Mesa Ridge will host a total of 322 one- and two-story homes as well as 14 design collections that offer spacious floorplans and contemporary styles. Among these is the Overlook Collection, which features a total of 73 single-story homes ranging from 3,012 to 3,505 square feet. The homes in this collection feature modern architecture and offer homebuyers luxurious finishes as well as scenic views of the city and surrounding mountains. Residents of Mesa Ridge will have access to resort-style amenities, including a swimming pool, outdoor kitchen, fitness center, social lounge, fire pits, and plenty of greenspace.

The highly anticipated neighborhoods—Pleasant Valley and Lennar at Artesia—are slated to open later this year. Pleasant Valley will feature single-story home designs that offer private suites and range in size from 2,136 to 2,322 square feet. Lennar at Artesia will also offer single-story home designs, as well as spacious layouts and large homesites with RV parking and three-bay garages.

Although outside the Las Vegas area, these new developments indicate that more people and moving to the area and homebuyers are spreading out, settling down in smaller surrounding cities.

This past summer, Skye Canyon hosted a First Look Event for Phase 2 of the master-planned community’s construction. While Acadia at Skye Canyon by Richmond American Homes just opened its model homes, the construction of a large portion of the community is still underway.

In this development, homes are priced in the high $200s, with homes ranging in size from 1,450 to 1,800 square feet. When the community is completed, residents will enjoy access to Skye Canyon’s rich community features like the 10,000-square-foot fitness center as well as several parks nearby.

In North Las Vegas, where there was an influx of new developments, D.R. Horton started pre-selling in several communities within the Valley Vista master-planned community.

Among them is Capella Pointe, which features four two-story floorplans ranging in size 2,080 to 2,480 square feet and priced starting in the low $300s. The other two D.R. Horton communities that are also pre-selling within the Valley Vista development include Gemini Pointe and Altair Pointe. Both communities offer buyers single- or two-story home designs that are priced starting in the high $200s.

In Southwest, not far from Rhodes Ranch, Las Vegas-based developer Touchstone Living unveiled its newest model homes at Homestead, a family-friendly community featuring spacious single-story home designs ranging from 3,201 to 5,869 square feet with home sites situated on half-acre lots. Homes are priced from the high $500s to just over $1 million.

While there are many developments that have been announced or are currently in progress, the list of new communities that opened in December 2018 or January 2019 is staggering.

In December, Century Communities held a grand opening event for Oak Creek at Sedona Ranch, which is located within the newly developed master-planned community of Sedona Ranch. Homes in Oak Creek range from 1,333 to 2,288 square feet and offer two to four bedrooms. These single- and two-story homes feature granite or quartz countertops, stainless steel appliances, and paver walkways and driveways.

In mid-January, William Lyon Homes also opened its newest community called Jade Ridge, which is located within The Cliffs of Summerlin. Jade Ridge features four two-story floorplans that have up to four bedrooms and two-and-a-half bathrooms. Homes are priced starting around the mid $300s and go up to the low $400s. The homes in this new community feature a mix of Mediterranean and modern styles that blend into the community’s desert landscape.

Richmond American Homes was also busy this January. The builder unveiled five new communities, which include Adagio and Duetto that are both located within the master-planned development of Cadence, as well as Bellamont and Breccia Bay in North Las Vegas. Lastly, the builder opened Rockland Ridge in Southwest Las Vegas. All of these communities feature reasonably priced new construction homes from the low $200s to the mid $300s.

Pardee Homes also unveiled its new community Blackstone within the master-planned development of The Villages at Tule Springs in North Las Vegas, which opened in 2017. Priced from the low $400s, this new community features modern single- and two-story home designs that offer 2,565 to 3,891 square feet of living space. Homes also include up to six bedrooms and come in three stylish elevations such as Desert Contemporary, Modern Spanish, and Nevada Living.